Showing posts from September, 2017
Show All

I am a big fan of Tabletop Minions . Uncle Atom has a lot of videos with really interesting topics and some great advice. Recently I watched a newer video about goals , which reminded me of the videos he posted about finding your motivation that really helped me get back into the painting hobby. For those that haven't been following my recent blog posts may not know but I recently moved back from the US to the UK. Moving 6,000 miles around the world - especially when most of your belongings are on a boat for several months can make painting even more of a challenge. I'm hoping to buy a home of my own but in the meantime I am crammed into my parent's attic with a handful of paints and whatever minis escaped the packing boxes. All of this has put a real strain on my commitment to my hobby. Having just returned from a trip to California to get more of my affairs in order, I am finally ready to return to my Space Hulk set... but opening it up, I am once again struggling
Post a Comment
Read more

Jason of the Argonauts 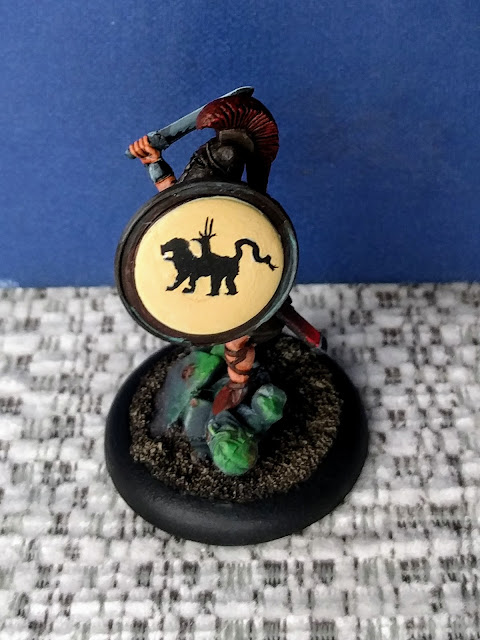 A while ago I got into a DnD campaign with some friends down the FLGS in Mountain View. Dorn Blackman, warrior and son of a blacksmith was my character and motivated me to finally paint up the Jason of the Argonauts model from Salute 2013. Of course with the move back to London and the general life expectancy of RPGs the campaign is dead and the model still isn't finished. I took some quick pictures with my phone of the work in progress. One of the things I am really wanting to work on with this, aside from more practice with NMM, is the basing. One of my painting mentors is a firm believer that the terrain is really what distinguishes a good piece from a great one - it's also something I have traditionally given very little thought. This piece has a gorgeous sculpted base to really work with. The scabbard was a spur of the moment decision - I just felt the need to practice wet blending and it came out like this. It certainly isn't an authentic look for a scabba
Post a Comment
Read more 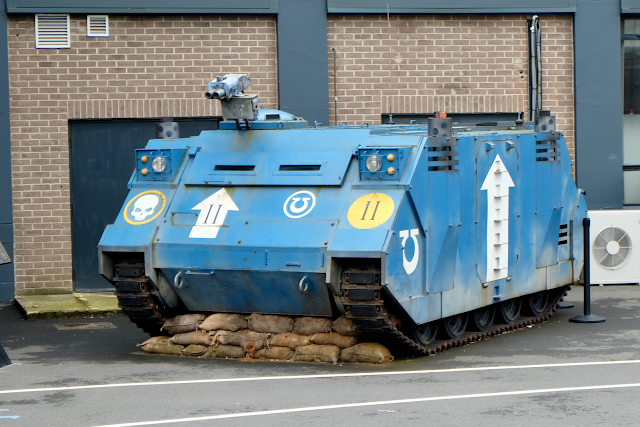 I think for many Games Workshop gamers, the idea of visiting Warhammer World is a little like children going to Disneyland (or Legoland in my case). It seems like a magical place full of the best gaming tables, the world class tournaments, exclusive goodies and of course the ForgeWorld Store. I had been once before some ten years ago (I think soon after it opened) and was rather disappointed, there were a lot of classic 'Eavy Metal studio pieces that were glorious to look at and some gaming tables but very little else. I returned this time having heard of Bugman's Bar and the growth of the place as a whole, but mostly to pick up some things for friends in the US. Yeah, that's right, they have a lifesize rhino parked out the front of the Warhammer World center! I think it's a modified M113 APC but it looks pretty badass. Game stores always have the best gaming tables but Warhammer World really takes this to the next level. The whole room is incredible. It'
Post a Comment
Read more 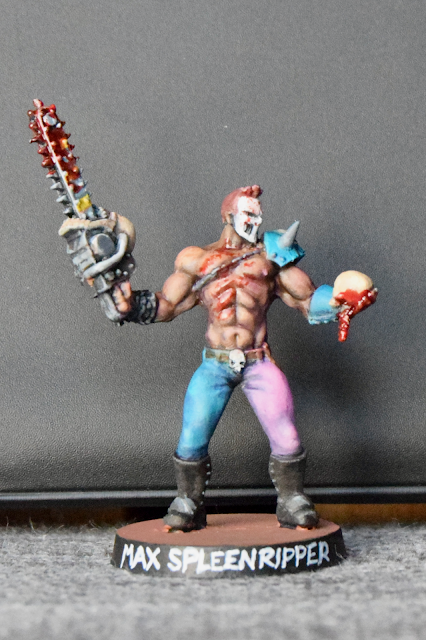 Sketch style à la  Matt DiPietro , the latest post in his guest lecturing over at  Miniature Monthly  takes the next step in sketch style - glazing colour over the greyscale. Interestingly this is not a style I particularly care for - at least the way I am doing it so far. The color comes out a little desaturated unless I layer up to such an extent that I may as well just paint the color on in the first place. Having said that, I am noticing that it really does help me see what is meant by 'more contrast' the idea of shading a color down to black is not something I had pushed nearly as much as I should have. We left off ( in Part 1 )with Max Spleenripper was living in a 1930's horror movie, although missing the required chocolate syrup : Max Spleenripper can only play for chaos or nurgle. As I had painted the Carnal Cavaliers already and I liked the image of Jason/Ash in pink. Vallejo's Andrea blue is my favorite turquoise color, it has great coverage and rea
Post a Comment
Read more

Legend of the 5 Rings... London style 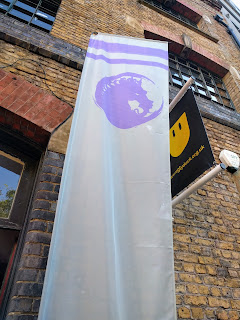 Some of you may have heard of The Kiku Masturi preview event at this year's GenCon. Well FFG decided to run a similar event in London a couple of weeks later on an invitational basis. The Honored Preview Event (I'm going to gloss over the fact that a London event should really have spelled it Honoured) required the most dedicated fans of the L5R universe to post some demonstration of their dedication through a social media post about their favored clan. Examples given: Video or photo  Cosplay costume or accessories  Original fan art or sculpture  Haiku, prose, or lyrics  Thematic food recipe or dish  Any other appropriate display of dedication  Well I saw this, and having loved the Rokugan universe for many years but missing the CCG back in the day, I thought this would be a great opportunity to try it out and so I made a submission: In my excitement for the day to get going, I got the the event space a half hour before doors opened... and was apparently the only
Post a Comment
Read more
More posts