Showing posts from October, 2015
Show All

A while ago, I introduced a bunch of colleagues to RPGs using the latest Dungeons & Dragons starter set. We played through the Mines of Phandelvar campaign (or most of it). We decided to use figures to help liven up the game and as it turns out, I had just started trying to paint up my Arcadia Quest figures so I figures that it was perfect timing! If you want to read more about the campaign, I wrote up session reports . Back then the figures looked like this: Gimlet Ironbeard Kithri Thorngage Lady Petra of Corlinn Hill Aras Boughshadow Samuel Sureshot Sildar Hallwinter Since then, I have made a little more progress... although I haven't been able to persuade Google Photos to make the same nice spin animations for me. As you can see, some are finished, most are not and of course this is far from all the figures provided in the Arcadia Quest Kickstarter... because I got bored. One thing I noticed is t
Post a Comment
Read more 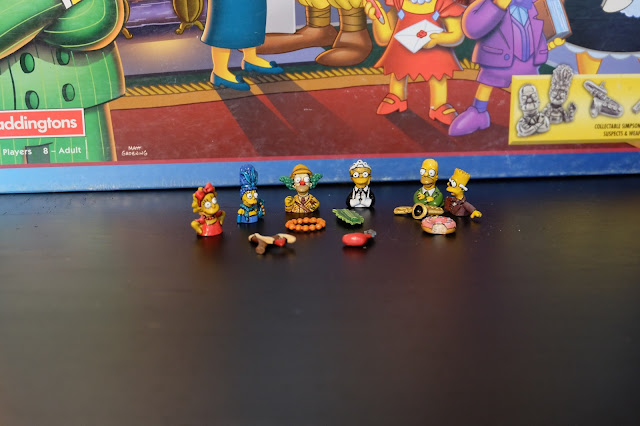 Hello again! It's been quite a while but I'm still here. The last few years have been pretty hectic and have pulled me in a bunch of different directions... including six thousand miles to California. I have also been a bit lax on the Miniatures front as more and more of my efforts and focus have been going into Board gaming. If you are interested in finding out more of what I have been upto you can have a look at my boardgamegeek profile . I have maintained a couple of blogs there one on Lord of the Rings (LCG) and another challenging myself to restrict my buying habits to 15 purchases in 2015 . I also got myself into a quest to play 15 games 15 times each in 2015 which attempts to build on my success in playing 10 games 10 times each last year. That last project is not really going to plan I must confess. All of these efforts have been great, and I think they have done a lot to improve my enjoyment of boardgames, however it has been at the expense of my precious lead m
Post a Comment
Read more
More posts