August 28, 2016 Blood Bowl painting painting station RoboRally
The last week has been much tougher than I had anticipated. I have been nursing my g/f as she recovers from a surgery (nothing alarming). In terms of painting, there is some good and some bad. It took a lot long than anticipated to sit down to the painting station for any length of time, but once I got to it, I have gotten a few things done. The Ogres, whilst not finished, are at least at a point where I can field them without them looking too unfinished. The bases and metal are done, the trousers, pads, helmets and belly plate teeth need to be finished off: 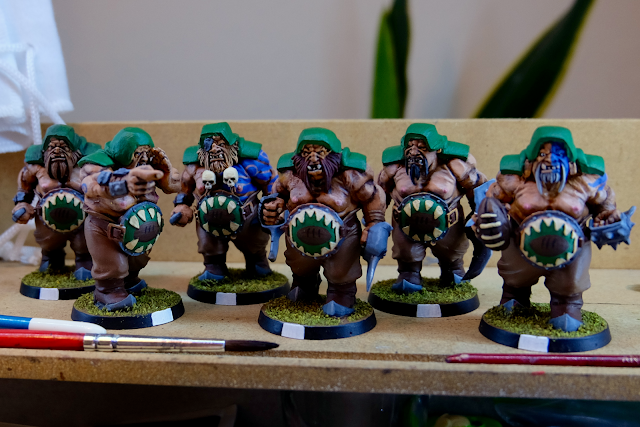 I have also finally finished the Fan Stand to my satisfaction. It may not look too different from the last time you saw it. I painted up a few of the details and spent some time retouching the lettering. I also varnished it up. Perhaps the most noticeable of changes however is less recent - the replacing of the center panel. Originally I had hoped to use the resin piece with the West Coast Quake logo as shown in the previous post. Unfortunately the resin had not set properly and the casting hadn't picked up all the detail in any case. Ultimately I had decided that it would be a great place for a billboard and so CabalVision is now the major sponsor of my BloodBowl Stadium. 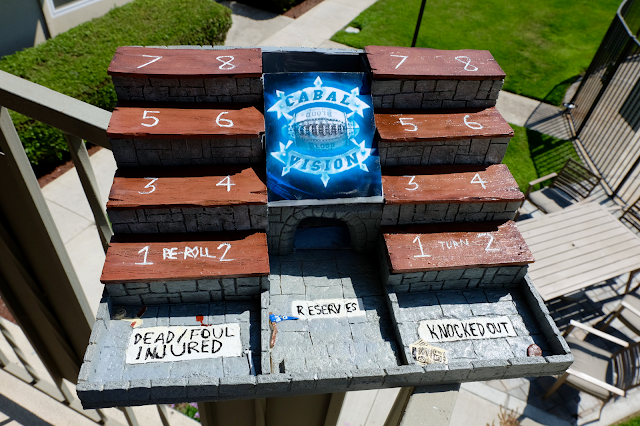 Finally I have managed to get a little done on RoboRally! I am not sure if I am going to go crazy into the shading and highlighting or leave them intentionally flat colors but they are now mostly covered with paint which is some good progress! 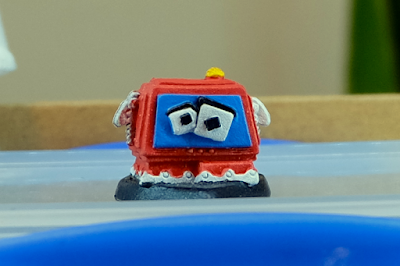 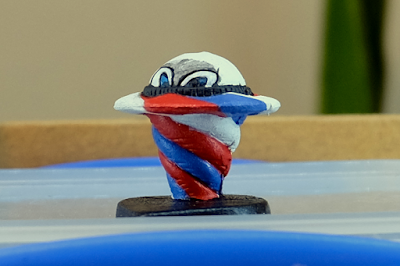 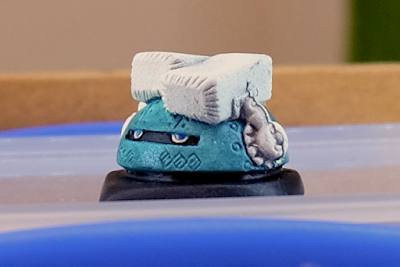 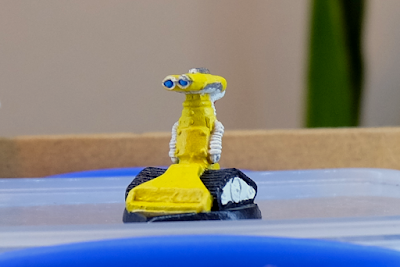 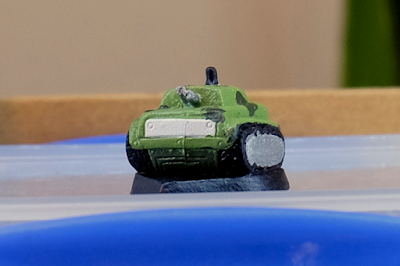 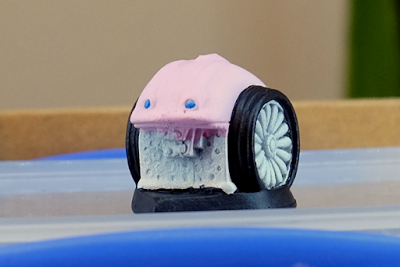 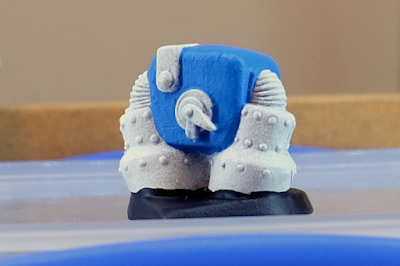 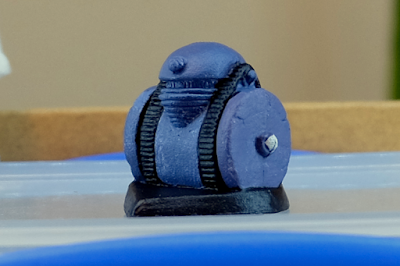 Finally it's been a while since I have shown an 'In Action' shot of my Painting station. It's a lot less busy than it used to be. I have taken to painting at the local game store so my set up tends to be more geared towards portability than it used to be. The boxes there in the middle, the top one is wet palette that was featured previously in the blog, the lower is the box for my RoboRally figures and the other game components. 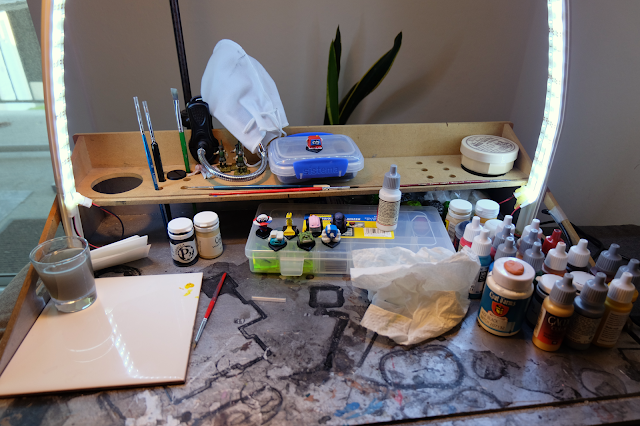