I have talked in the past about my reticence to strip models. Particularly my own. (In summary - if you want to paint a model again that badly - you can probably find somewhere online that sells it, there's value in holding onto examples of old work). Even with second hand models - I often find you can paint over the previous work as long as it's not too thick... sadly an eBay rescue I picked up the other day was too far gone for a simple paint over and so I was forced to explore the options available to me. In the past I was in the UK, stripping lead models and I got to mess with Nitromors - the big daddy of paint stripping. Unfortunately it's potent enough that it'll take plastic along with paint into a sorry goop and so I needed to source some alternative. I tapped into the CK Alumni community for some advice and was pointed in the direction of this gem of a video:


I can't express how much I value controlled testing of hobby products like this. They are very difficult and time consuming to film, (don't generally return as many views as endless 'How to paint 'Eavy Metal style' vids) but to me they are pure gold (Miniac is another great source for these vids).

Here we have the models I'd picked up. Two light warjacks for Retribution of Scyrah faction. This paint is CAKED, the primer is pretty heavy and uneven and it seems as though the use of plastic glue is pretty generous. 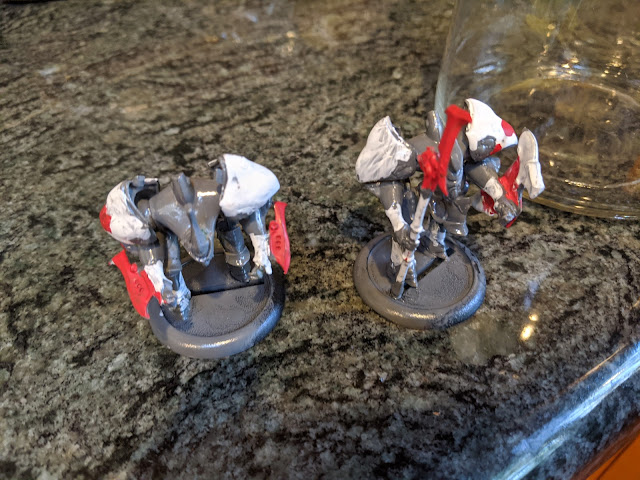 So a quick trip to Dollar Tree and I was armed with a bottle of LA's Totally awesome. 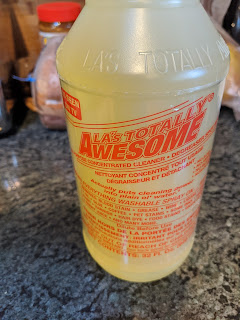 Let's see how this goes shall we folks? 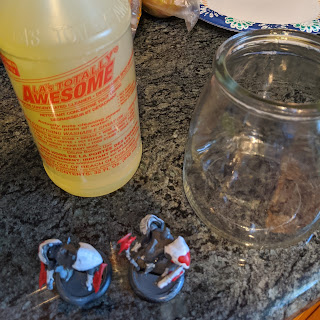 I took a glass vase that was lying around. Chemistry class taught me that glass is inert so if in doubt - probably the best thing to put random chemicals in! (School's got it's uses folks.) 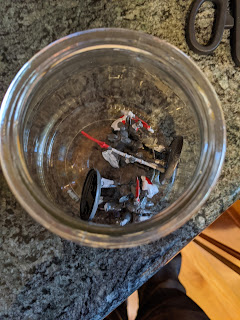 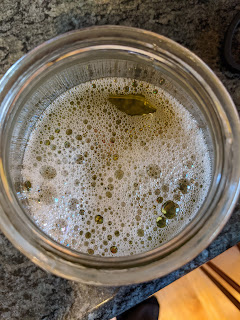 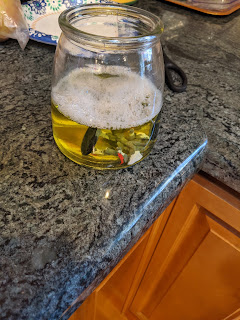 24hrs later and it's clear that the paint is coming off with ease. pulling the models out and giving them a light scrub with a toothbrush get's everything but the primer off. Already most of the primer was flaking off but I figured I'd give them another 24hrs in the drink to try and get the rest of the primer off but even if not much more comes off, I should be good to reprime and paint! 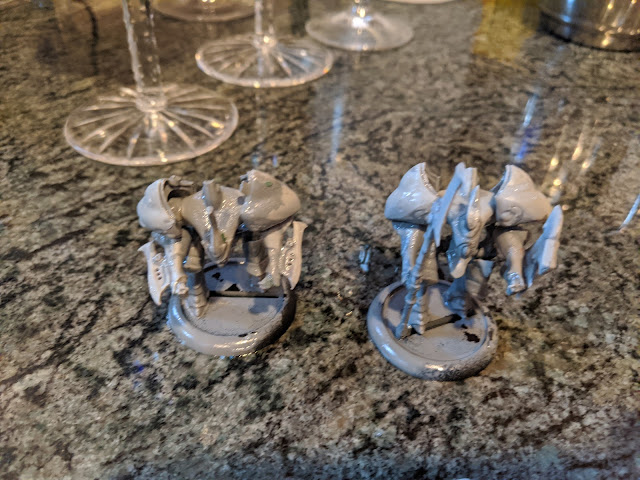 So another 24hrs of soaking and some scrubbing with the toothbrush: 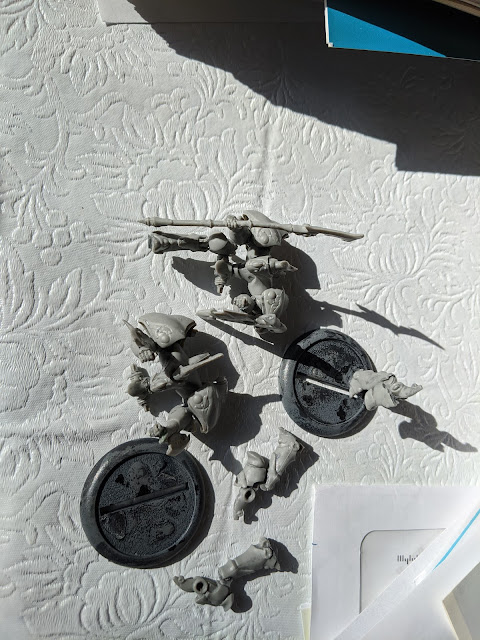 As you can see they came out pretty damn well. I was mistaken about the use of plastic glue - it was in fact heavy handed super glue. Super Glue does seem to be the limit of what LA's can break down. Surprisingly the legs had never been glued to the torso so they came apart after removing from the base.

All in all I am amazed how effective this process was. I now have a pair of model's I'd certainly be able to get to tabletop standard. Of course - I got these to go into a competition so this is going to be more of a challenge! Stay tuned for more updates as I clean up the pieces, prime them and try to paint it up.

Once again a big thanks to Brent over at Goobertown Hobbies, his research really did give me a lot more comfort that this was the best course of action.