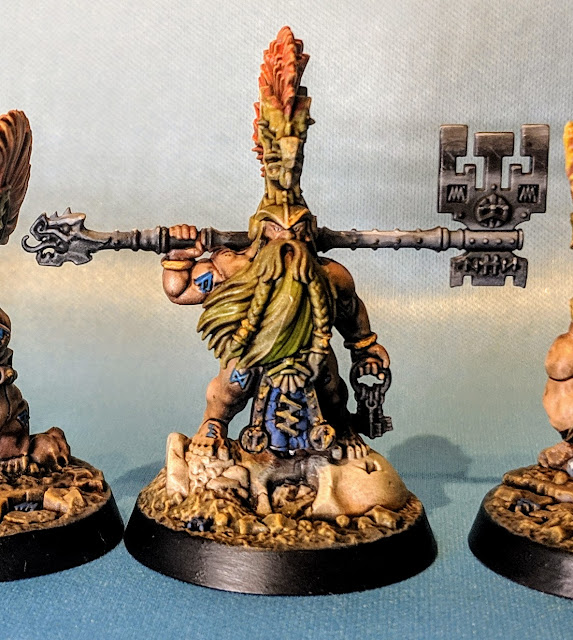 Last month I left you with this picture: (in this post) 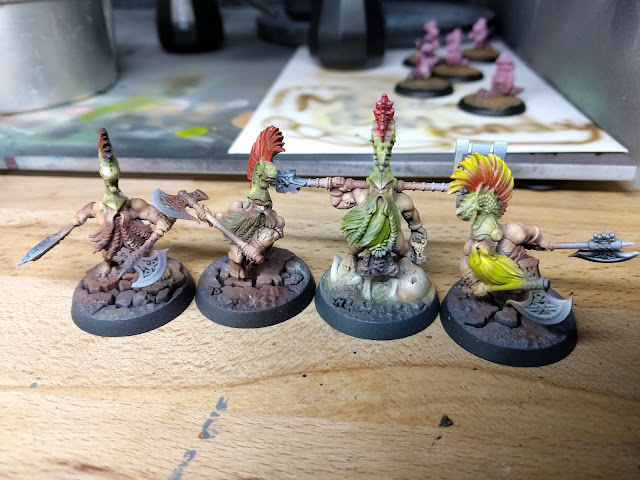 So the next step is of course to cover all that work! 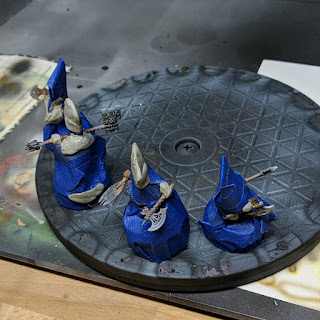 Why? Well because I wanted to get the weapons done and like with the helmet - there was enough risk of overspray that I wanted to protect the rest of my work on the model. This was my first real effort at NMM through airbrushing having done a bit more of a hand-waving effort with the helmets (see last week). The weapons really needed to read like metal so to get this I started dark and then brought the colours up lighter and lighter:

Started with a coat of VMA Black
With VMA in the cup I would add some Stynylrez white
Each pass would see more White introduced for about 4 layers
The final layer was a very light grey rather than 'white' this allowed me to go in and do a final highlight by hand of the brightest points.
Do get a metallic sheen, Highlights were often done as radial streaks on the curved weapons by moving the airbrush quickly back and forth perpendicular to the blade edge, focusing in on a smaller and smaller area as the colour got lighter and lighter. 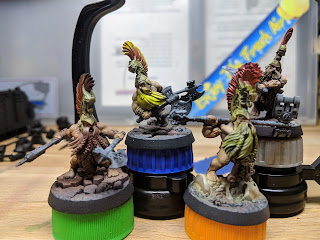 That spelt the end of airbrushing. All that remained was some brush work and tidying! 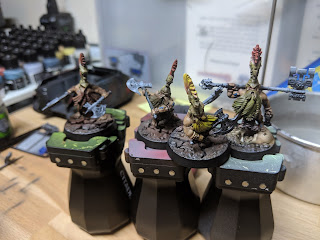 From here it was just a case of bringing out the details, some final drybrushing of the hair, the base. Also the pure white highlighting for the helmets and weapons and then adding the eyes in. 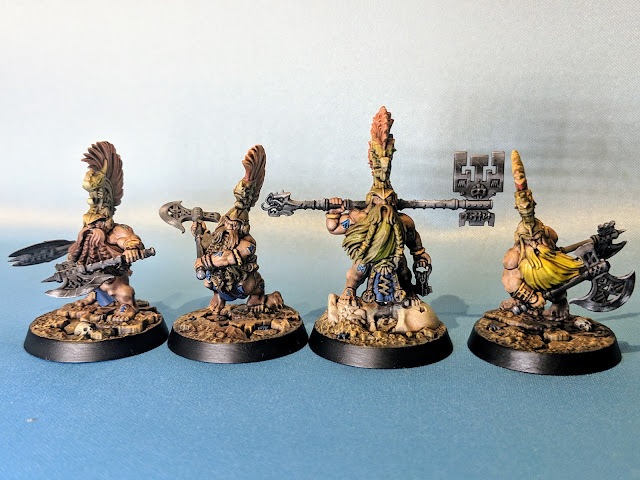