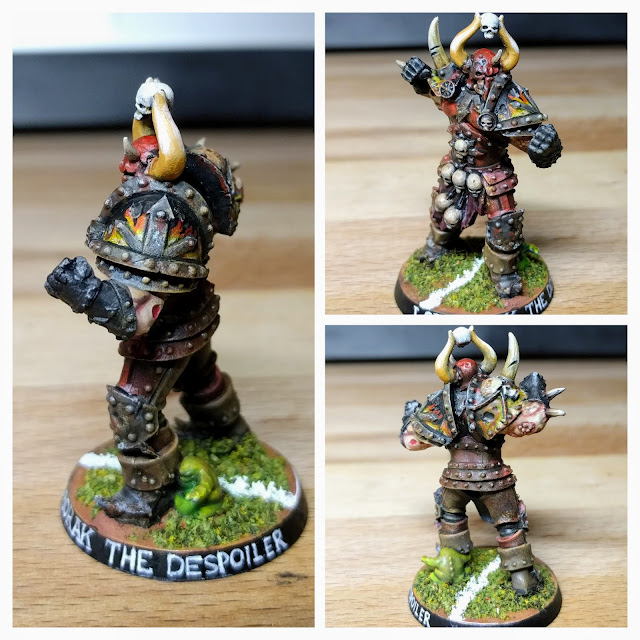 I have problems with my decision making. I am considering seeking help. Stay Tuned on how that turns out.

Buuuut back to the topic at hand. After hearing Suzanne of The Dice Tower hyping GenCan't - I decided to join in and soon saw that there was going to be a mini painting contest! Very short window, fast turn around and so I thought 'why not'. Well I needed to find a mini that was already primed as I have packed away my Airbrush as the heat is just drying paint in the cup too fast. I unearthed some of the BloodBowl minis that I'd prepped at the same time as Max SpleenRipper and my Chaos Pact team.

One of the models was my intended proxy for the classic 'Lord Borak the Despoiler'. I was never a big fan of the original sculpt - he wasn't imposing or dynamic enough for a 'Star Player'. Lord Borak is also the star of Spike Magazine 01 but hasn't had a corresponding model yet so I figured this Hungry Troll sculpt Lord Skull Taker would make a great proxy. The detailing is great and he stands tall even when placed next to the new GW BB minis: 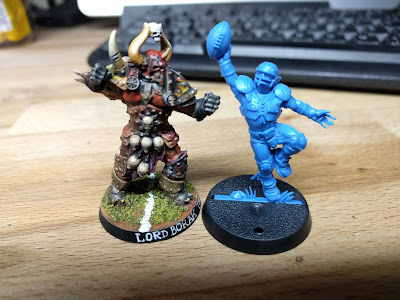 With the decision made, it was time to get the model entered... and then started: 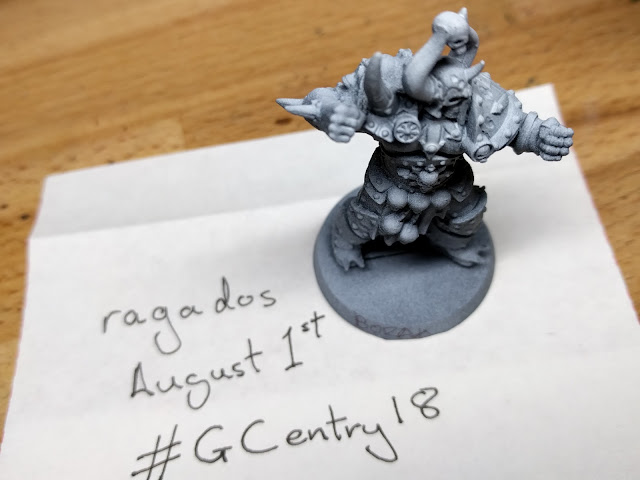 I wanted to use a sketch style, similar to my work on Max. I hadn't found it super fast that time around but it did give pretty solid contrast that I liked. I also thought the zenithal on this chap was well suited to the style.

My first step was to tweak and exaggerate the zenithal to increase the contrast and make it more nuanced than the airbrush could manage. This work took the whole first day of the project - I realized from the work on Max that I wasn't pushing things far enough (specifically the small recesses getting shaded). I aimed to address this with Lord Borak: 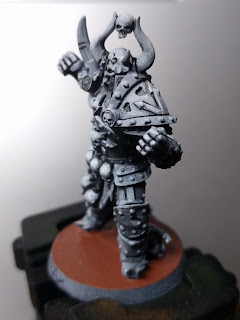 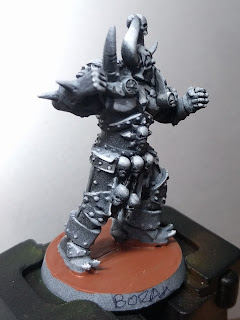 Max got painted up in the Pink/Turquoise of my full on Chaos team. For Lord Borak - I opted for the flames of my Chaos Pact / Chaos Renegade team. I realised half way through this project that Lord Borak doesn't deign to play for inferior Chaos Renegade teams... oh well, it's a pretty cool colour combination anyway! 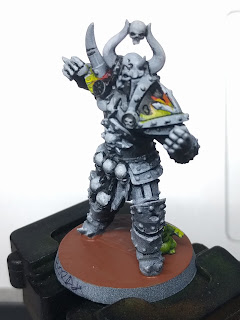 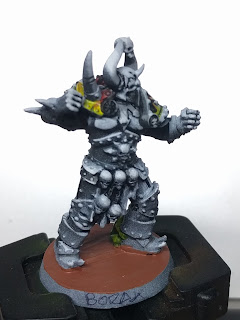 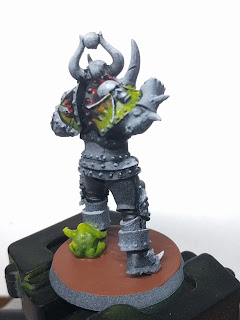 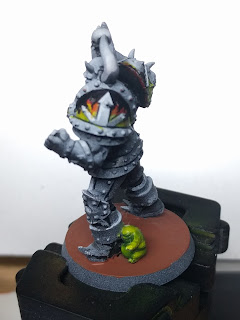 The most iconic part of the Vanir Volcanoes uniform is the flame effects that I am still trying to figure out. I hit the same issue I had last time with the 'green' effect from filtering yellow over the blue base on the Stynylrez black. I was able to fix that somewhat later in the paint job by using Vallejo Air bone to up the brightness and then re-glazing. 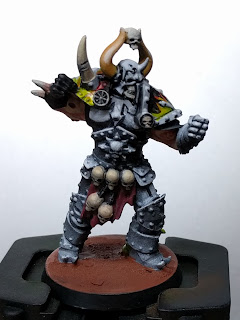 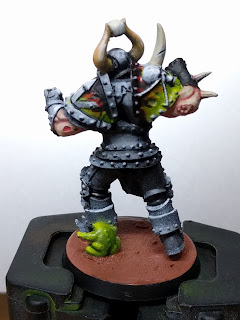 I have to admit - I had SO MUCH fun painting the flesh here. It was a small area with some great muscle definition, open wounds, pustules. That skin has reds, blues, greens, everything. Similarly the little Nurgling chap had some great contrasts with greens and browns all over the shop. 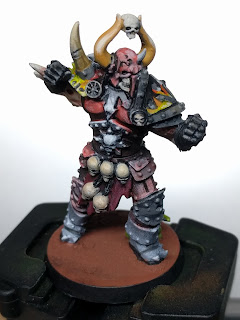 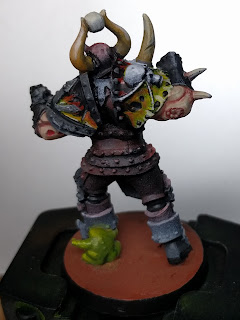 I made a pretty rookie mistake early on in the painting by getting distracted with the skulls, loincloth and some other details too early in the process when I should still have been working on the armour. The armour used the BloodLetter Glaze technique I have talked about in the past but this time I painted with a brush instead of airbrushing... waiting for layers to dry was agony! 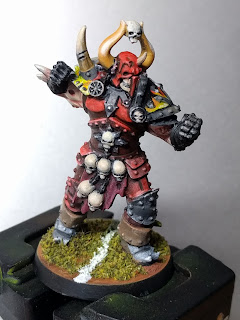 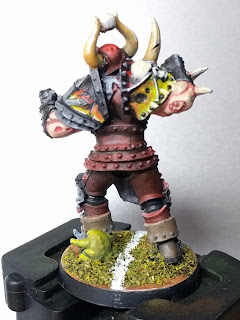 After I 'finished' painting him up... well he looked far to clean for an honest to goodness disciple of Chaos. Time for some weathering! I was running low on time by this point as I'd spent the last day of the deadline playing some wargames with buddies so I went with the stipple, drybrush and occasional corner attention speed paint. The result is a little muddy compared to what I'd ideally like, but all in all, I am pretty happy with the finished result: 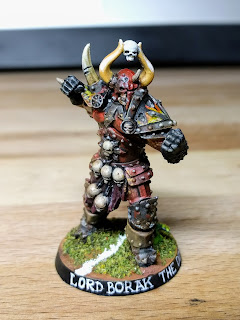 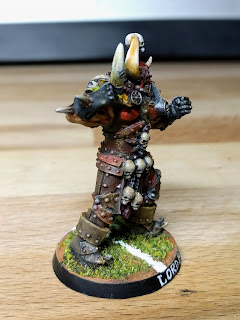 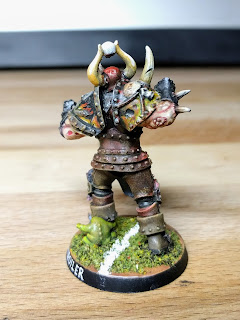 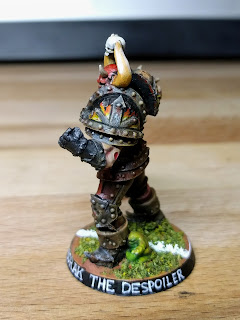