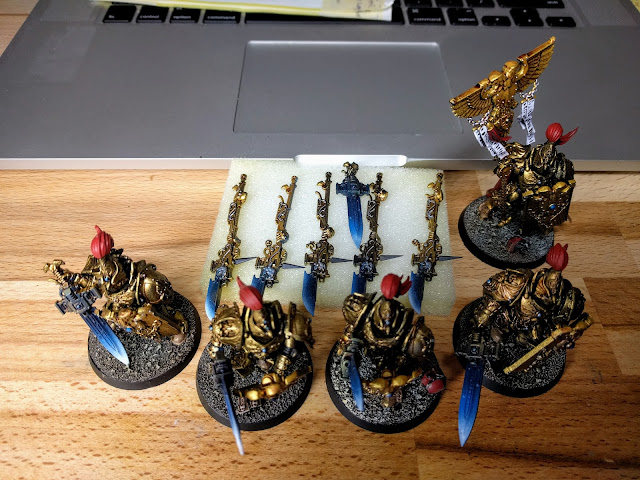 I am known for my dislike of TMM. I hate working with metallics. I end up with sparkles on everything as I struggle to properly clean off the things I've used. One day I intend to have completely distinct setups for my metallics but I'm not at the point yet where I can really justify that cost. 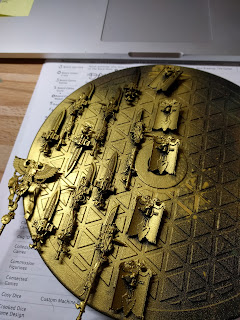 Despite my reluctance to use metallics and having issues with airbrushing the gold paint (a lot of pigment separation) - the finished result looked pretty good and there was only a little tone needed to help bring out more definition on the figures.
These figures are so monochromatic that it was incredibly quick to paint them. Additionally - the fact they are metallic really helps with the contrast to make the figures look interesting with very little effort. 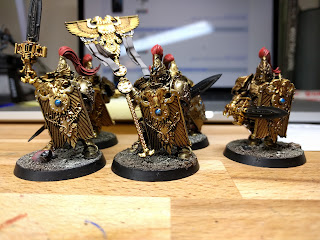 The gems here were painted very basically using Army Painter Plate Mail overlaid with GW Technical Soulstone Blue. This is a technique endorsed by GW itself but I found getting coverage to be a trial. The finished effect is still less powerfully blue than I hoped but compliments the red nicely. 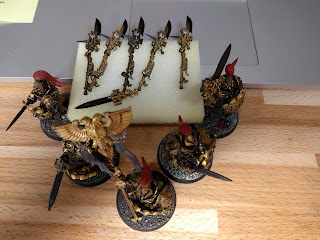 Glow-ey weapons has rapidly become a favorite thing for me. It is so quick to do with an Airbrush and the result is so powerful that it just seems like a no brainer to do. 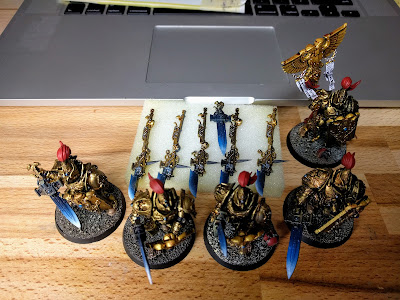 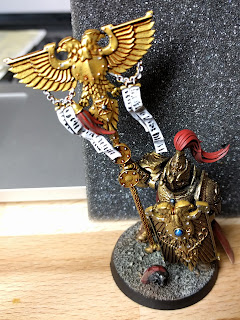 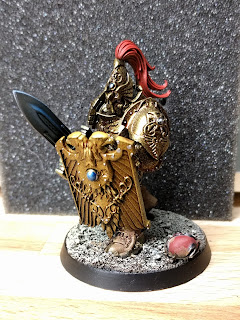 I'm still trying to master where to put the effort in minis to get them to pop. In the case of these figures, I think I nailed it pretty well. The possible exception is the cloak. It looks ok at a distance but there certainly needs to be some work on the clarity and pop of the detailing. I think the reds in general also needed the highlights pushed further. 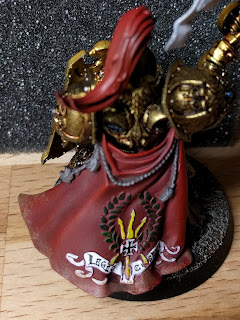 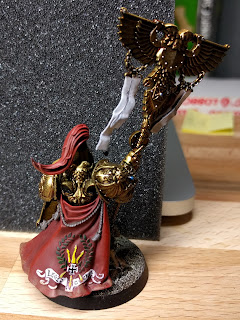