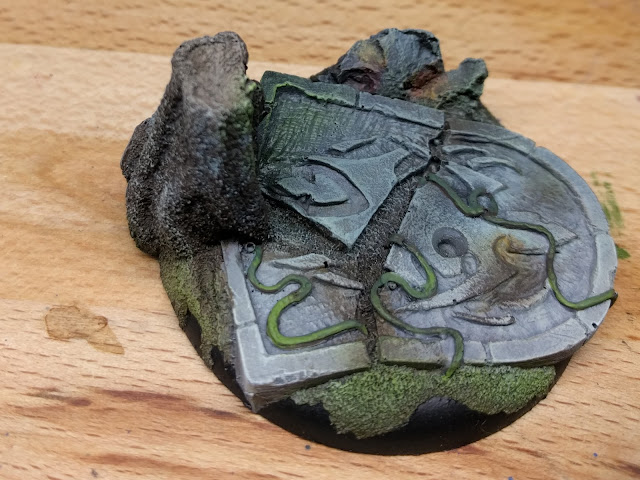 I've been really bad at taking photos of late - the result is photos of finished or near finished things but really nothing along the way... which I really regret but... well shit happens.

Tank has been seeing some progress as testified in my last post. I figured I should decide on what to stand him on once he's finished...

Waaay back when I was still a student, hating my degree and dreaming of doing something enjoyable for a living, I got into a few contests on WAMP forums. I landed myself some nice, cast resin bases as a prize. I'd never really found anything to put on them but it seemed like the perfect time to pull one of these out and get painting.

One of my projects for this year is: 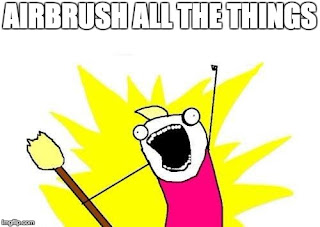 Much like SDub aka Miniac off of r/minipainting and YouTube etc. I have also been pushing myself to use an airbrush for more than just priming and basecoating. I'm still only running a Patriot 105 which is a great airbrush but designed for coarser applications than something like the Sotar 20/20 which has the ability to hit narrower areas - important for all the 28mm and small figures that I work on where the details are that much smaller. Despite the limitations of the Patriot, I love it and have also been able to get a lot of great effects on my miniatures from fast and effective OSL on weapons even down to glowing eyes. I even did most of a model using an airbrush to basically paint up a Minotaur from start to end in a single sitting.

The thing I've noticed is that I've really been able to speed up my painting thanks to the airbrush. A large part of this is getting a great basecoat down, not just a flat colour either but pushing the shadows of the figure to really give some depth quickly and easily with just a few passes of an airbrush.

So one Saturday I put some Vince Venturalla on and got down to some airbrushing: 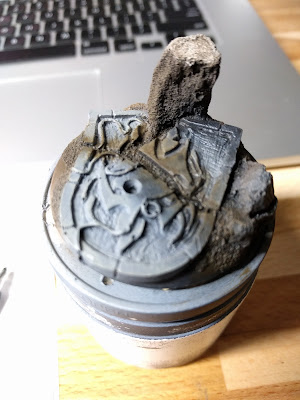 One of the things Vince was saying on that video is that nature is messy and colours overlap. I took this to heart and it helped with the airbrushing, knowing that I really didn't need to be tooo too careful. I introduced some shadowing which is tricky as I am not able to apply my Tank mini to get an accurate sense of where the shadowing should fall. 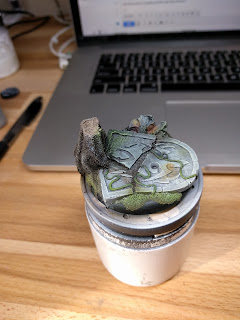 The cast shows some real issues with voids and in retrospect I really should have filled these before I got going. I could still go back and fix it... but I'm lazy. I'd like to say it can be explained away as chipping but it really isn't how things would chip. If I can lay my hands on some liquid Green Stuff then I may try using that to fill and touch up at a later point. 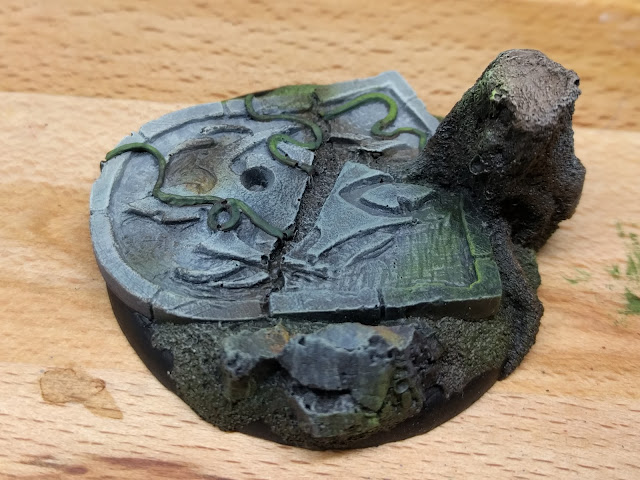 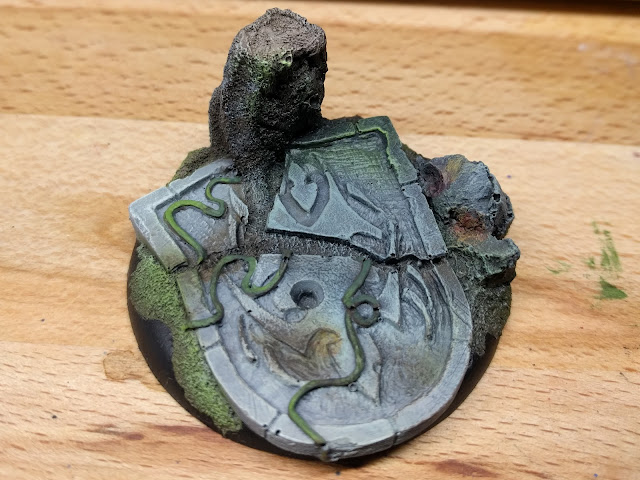 Overall this was a quick job that I really enjoyed doing. There's some airbrushing, a ton of drybrushing and then a few details picked out. I may go back and muddy the cracks a bit more and lighten the tree's heartwood a little more but I'll wait on that until I have put Tank in situ to get a better sense of overall composition.

A few things I want to call out here -


I'm far from an expert and most of this comes from the teachings of Seth Amsden who manages the FLGS I used to hit up in the US and can talk your ear off about basing and realism. His Crystal Brush entry for 2018 really highlights his skill in this regard.