Hell hath no fury... like a High School Football coach 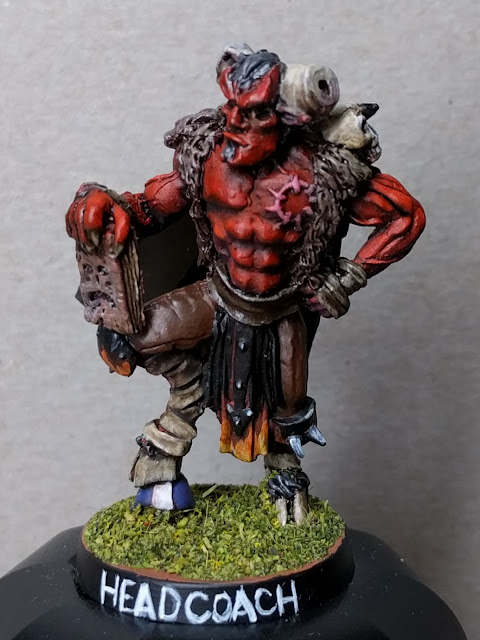 This is 'Steamin' Murdoch, the Head Coach for my Blood Bowl Chaos Pact football team - The Vanir Volcanoes.

I've been meaning to finish off my Volcanoes team properly for a while now but things always seemed to stall out. Particularly with the Burning of Prospero box taking up so much time. Fortunately I saw this contest posted on r/minipainting group on Reddit and raced to pull this guy out and get him painted up.

Travis runs HotDiceMiniatures and a YouTube Channel (and a blog). He created a contest in the run up to his birthday to promote these, celebrate 1000 subscribers on his channel and give away some awesome double sided gaming mats!

Travis really created a great contest here. NPCs/civies is a great category - there's a wealth of minis out there and they seldom get any limelight. On top of that it's 28mm only which cuts out all the busts and biggatures that seem to dominate most contests.

Travis also seemed really keen on some story for the character, something I used to love writing but realized I hadn't really done in years. I'll come back to that later in the article but first the madcap effort to paint up a figure in less than a week for a contest I found out about waaaay to late to do a properly good job! 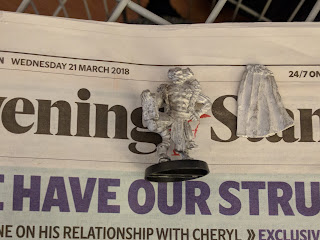 Step one - arggh I need to photo the unpainted mini! Quick grab yesterday's Evening Standard... Now I gotta get priming: 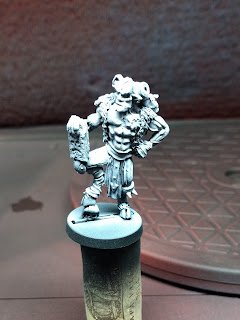 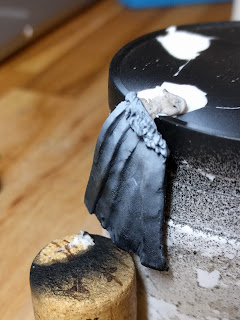 No time to cure that shit - on to the shadows: 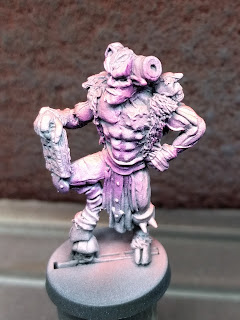 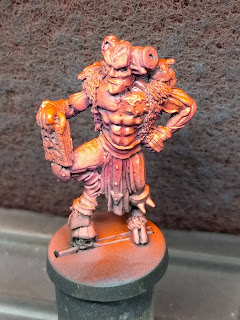 And the glazing... I still love this red painting technique (full details here) 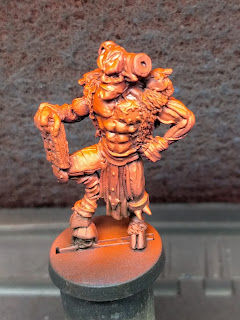 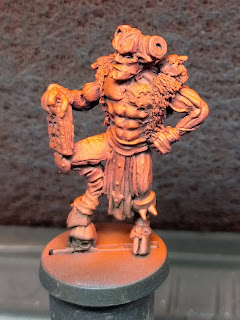 A few more coats... and then a wash to add some more definition and base coat the other colours: 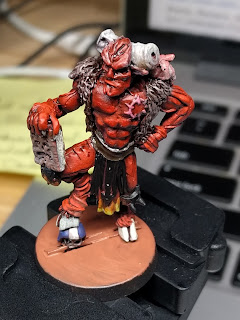 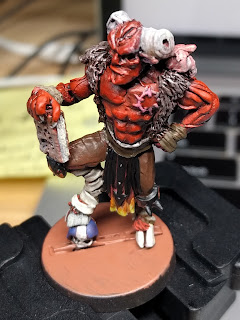 One of the discord channels I inhabit was having a discussion about shading black so that it still looks like black. This is a tricky one but for me, the solution is to highlight small areas. The complexity comes down to what to highlight with. If it's a matte material then a dark grey, if it's super shiny then a bright white. For this cape - Coat D'Arms Dark Grey: 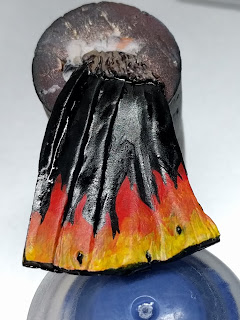 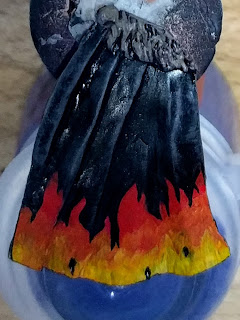 Of course it is hard to see the effect in these terrible photos as I'd painted the cape with a black ink so it was already super shiny. :-/ 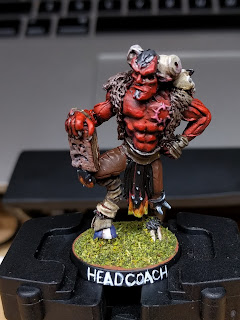 The base looks pretty terrible unfortunately I made the decision to have all my blood bowl miniatures based the same way... and I painted the first ones when I was about 12 so the lousy basing is what it is. I have made great strides with my freehand in that time though from painting numbers and names on the bases! 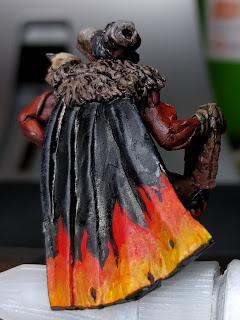 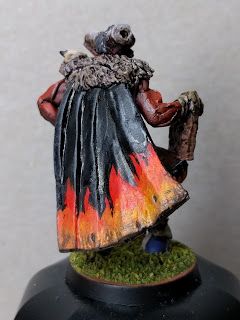 I really wasn't too happy with the flames on the cape. I was using the main technique I'd employed on the rest of my Volcanoes, but the larger area highlighted the fact it needs more refinement. Damage control came in the form of some carefully applied GW Bloodletter Glaze as well as some stippled Army Painter Leather Brown for some mud effect. 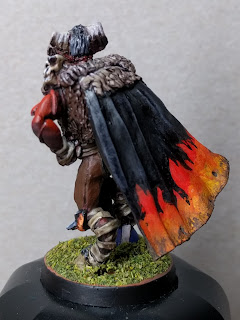 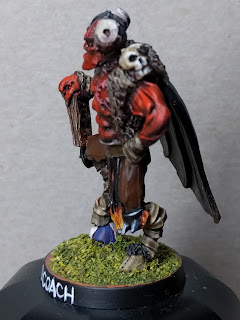 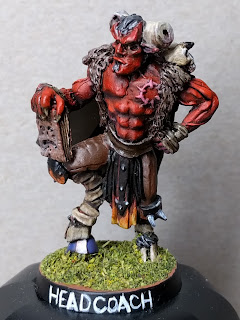 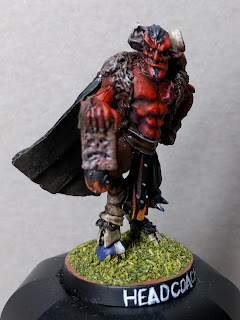 Tada! The man himself - 'Steamin' Murdoch

Mount Vanir is located far north of the (Warhammer) Old World on the continent of Norsca. 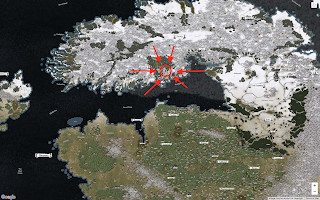 *Screenshot from the amazing http://www.gitzmansgallery.com/shdmotwow.html - all kudos to them for compiling my favourite Warhammer reference map.

Forbidding and inhospitable, only the dregs of society venture to this forlorn volcano in this frozen wasteland. The nearby Skorlm is the town that has formed from these renegades and outcasts. They don't have much but they do have violence and that has been put to some good use on the Blood Bowl field. Still not particularly successful with the sport, they are a hit with the crowds... often literally. They're lack of knowledge and understanding of the rules is made up for with thuggishness and brutality by the bucket load.

Coach Murdoch wrote the book on how to hit a guy... he actually wrote it on a guy he beat into a literal paper pulp... I know because he holds it and thumps his players with it to beat the knowledge into them as well! The Coach acquired his nickname through the heady cloud of steam that rolls off of him as he works up a righteous fury directed at the opposing team during every game. Of course such a steam cloud takes a lot of energy to produce that he fuels by snacking on any stray fan or morsel that wanders by at an in opportune moment... water boys working stadiums across the Old World have learned to keep their distance!


Please do check out HotDiceMiniatures as well as Travis' excellent videos on his YouTube channel. Thanks again for running the contest Travis and HAPPY BIRTHDAY!!!

*EDIT* - Results up: https://www.hotdiceminiatures.com/blog/2018/3/28/painting-contest-results
Congratulations to all and particularly to Ralph P for his stunning winner.