Brother Scipio and the study of flooring

January 13, 2018 guide painting Space Hulk Space Marine
I'm really not sure why I felt the need to go with the Harry Potter naming convention on this one but... welll there it is.

My Space Hulk posts have been a little thin on the ground lately as various competitions became my top priority items. First with the Chaos Pact team for the Blood Bowl tournament I wasn't able to attend, then the Wander paint along and Miniature Monthly annual painting competition... and of course the 7th Continent figures in between. Despite all these distractions, Space Hulk has not been forgotten; quite the opposite in fact - I have made a good chunk of progress, I just haven't been updating the blog to reflect it. So to make up for that, I am going to put all my Termie progress here in one giant data dump.

What's that? You noticed that I called Termies out specifically? Well yes - I have now started on the Genestealers as well so there will be some more coming out about them shortly. The main reason that this post took a little while to get up was a lack of photos. I've finally fixed that issue and here they are: 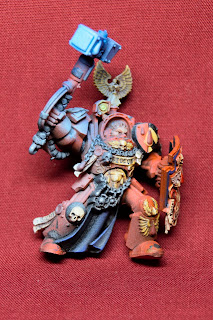 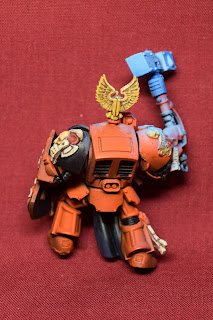 Glow.... ooooo... OSL... Airbrush... shiny...
Well ok, I'm not super pleased with how this came out. I really feel this could have come out better. I think I need to take some time to work on figures specifically to try and figure out my airbrush, it's capabilities and how to get certain effects out of it. This hasn't been possible until recently as I didn't really have a set up I could reliably hit up. At the time I rushed these figures, I did a rush job with a partially clogged airbrush into a cardboard box in the kitchen... not ideal!

You can see here that there is quite a lot of overspray. The light is also not applying correctly as there are shadows that should be cast that aren't. There is a very different way of thinking about applying paint with an airbrush and I'm not there yet with it. I think the only way to get there is practice, practice, practice - but if can be hard when you see results like these that really disappoint and in some ways undermine all your previous work. 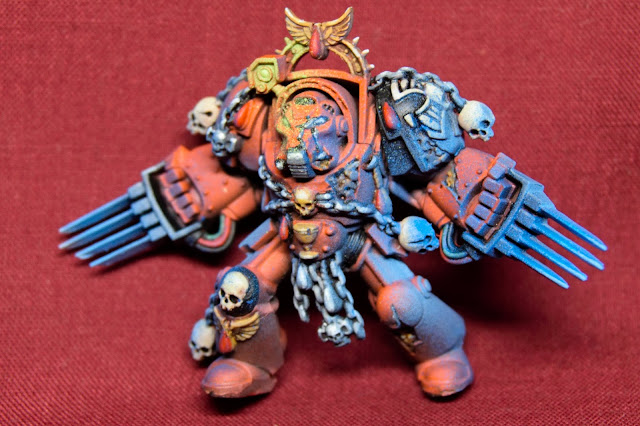 One of my mistakes was using regular acrylics rather than a wash or tint. I'd already prepped the area with white so a tint would have made a much easier and more subtle effect. 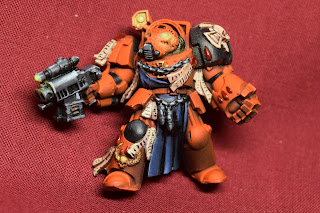 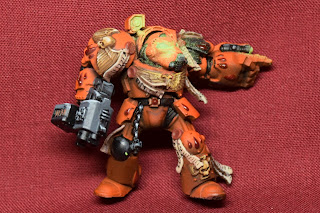 So much ugly spattering - this is the problem with an airbrush that is partially blocked - the airflow doesn't properly atomise the paint and it sort of spits it out... great for starfields... not so hot for glowing light effects. 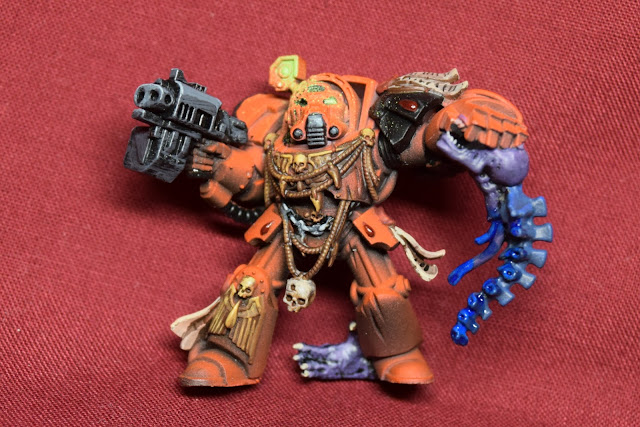 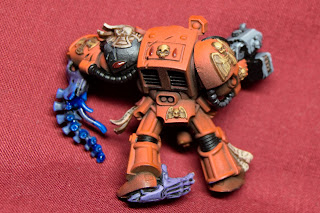 So why was this called Brother Scipio and the Study of Flooring? Because I finally finished him and tested my plans for the floors: 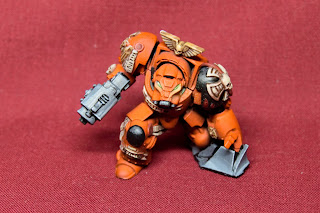 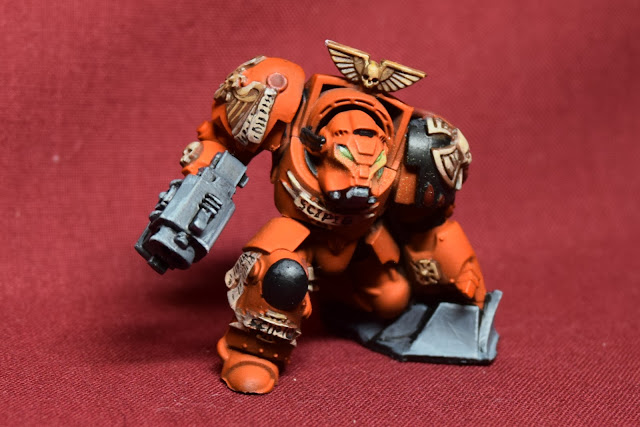 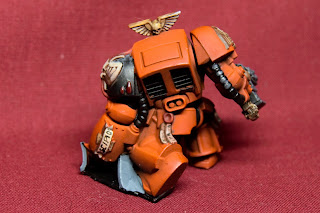