Well I've been doing a ton of hopping from project to project of late. It's not all by choice as I've been travelling a fair amount and had to be selective in what I take to paint. One of the main things I want to work on over the next few weeks is a display piece 'Tank' from the new Wander game by Red Panda miniatures but before I focus on him, I have been distracted by trying to paint up the miniatures from yet another boardgame. This time it's 7th Continent - a kickstarter I backed a long time ago and am finally in a position to maybe get a few games played. The nice thing about this game is that it only has 11 miniatures and they are only about 15mm scale. I painted 4 of them in a single session! In fact before I even thought to get the camera out: 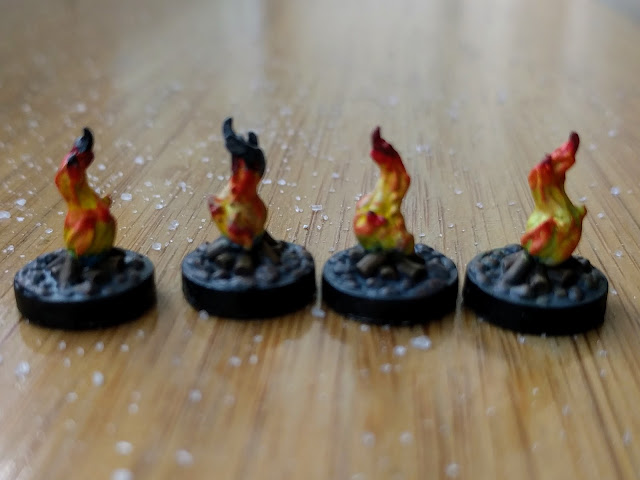 I've not done too much experimenting with flame effects and although the picture is pretty shoddy, I am fairly pleased with the effect. I think I need to dial back the reds and oranges and maybe work on more tinting on the ground around the flames but for models that are going to see a lot of table play, I wasn't too focused on making perfectly beautiful models but functional ones.

Next up are the characters: 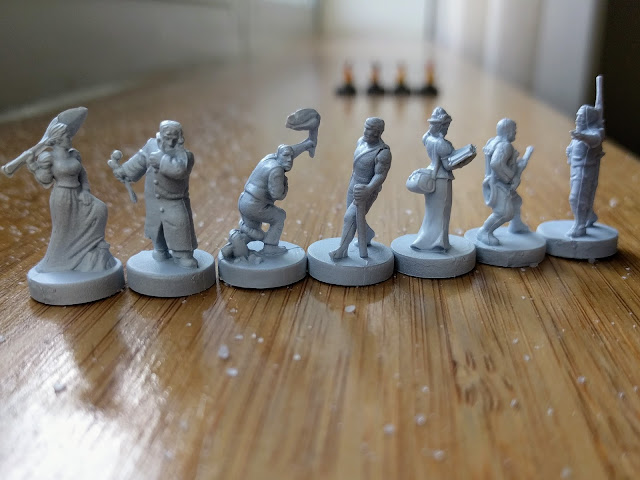 The eagle eyed among you may have noticed some rather ugly mould lines still in effect. I have to admit that I've never been very good about trimming mould lines well and with soft plastic like these models it's even harder... so I manned up and decided to pretend they didn't exist.

I also had some trouble remembering the layout of the models in the packaging and so I took a quick pic to remind myself:

Having heard from the Boss Lady, a.k.a. my wife, a.k.a. the person I'll be playing this with, that she wants to play as Mary Kingsley so Mary and my own character choice - Elliot Pendleton will get painted up first: 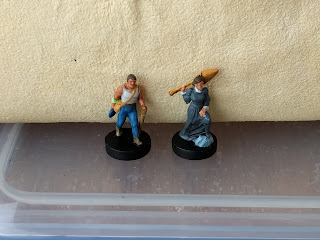 Basecoats on. I am pretty pleased with how the shading turned out on the oar that Mary is carrying and Elliot's shirt but the dress really needs some TLC. 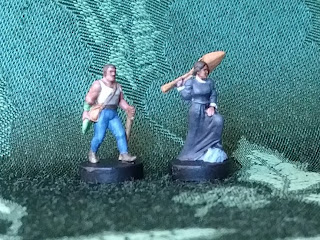 Finally finished, I am pretty happy with how they turned out. They are pretty rushed paint jobs but they look decent and I won't be too gutted if paint wears from usage.

Having finished the models for our first play... whenever that may happen, I moved on to the others. Keen to keep the pace going and get them finished off before I get distracted again. 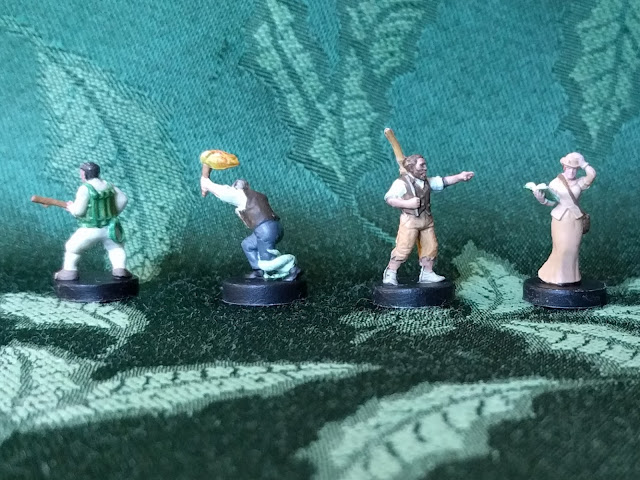 Basecoats were applied in an afternoon. The light wasn't great where I was painting so I focused on just getting the base coats down and leaving the highlights for a time when I would be painting in better light.
One painting session down the FLGS and they were all done:

So one less boardgame in need of painting... all I need to do now is play the game! 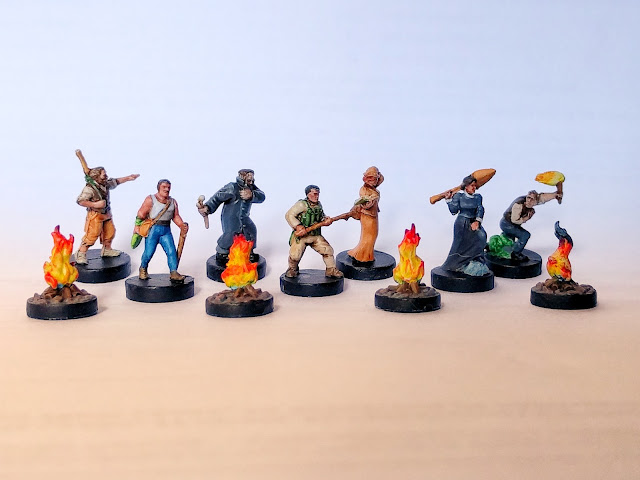 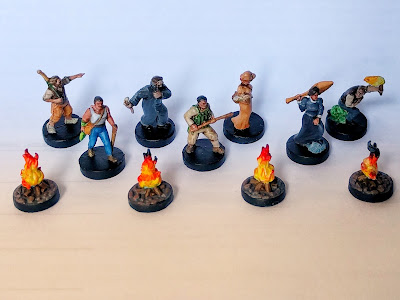