Forming a pact with a bunch of Chaos Renegades? It must be Blood Bowl! 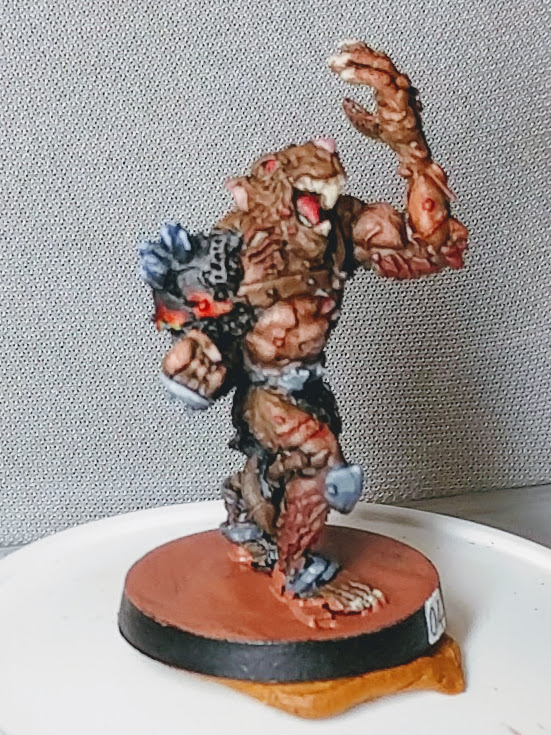 I've been grinding through my Space Hulk minis at a steady pace. I now have 5 of the 11 termies ready for some final airbrushing... and an airbrush that should work... So clearly now is the perfect time to totally change the focus of my efforts to Blood Bowl! (Yes more Blood Bowl).

What's triggered this sudden return to Blood Bowl? Another tournament of course! Block of Holding down in Bournemouth on November 19th is a NAF sanctioned Blood Bowl tournament that I figured I'd sign up for to get back into the Blood Bowl groove. My choice of team was a little restricted as most of my models are in a shipping container and I have no idea when they might arrive. Fortunately the RN Estudio's Chaos Pact minis arrived to the UK recently and so they are getting a quick painting to be ready for the tournament. 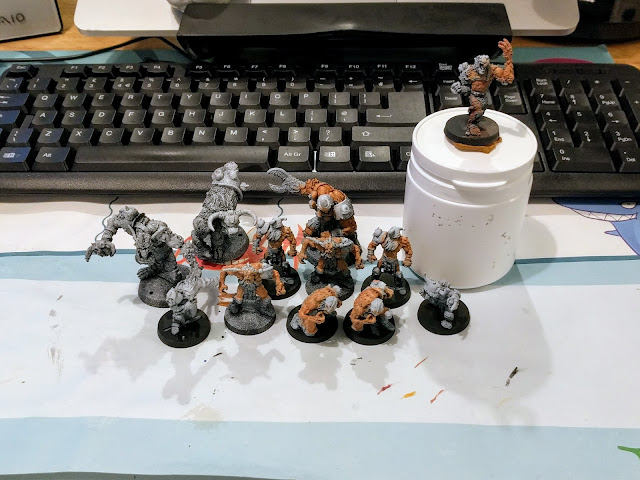 The Vanir Volcanoes will be (I hope) ready to take the field come November 19th. 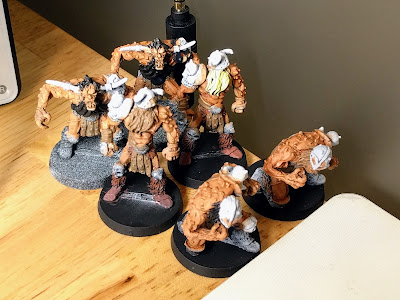 I have to say I was a little disappointed with these minis. RN Estudio is capable of excellent sculpts but I think they are possibly not as adept at metal casting as they are resin. They don't have much in the way of mould lines but a lot of greenstuffing is needed for joins, the poses aren't great and half of the linemen are mutants which wouldn't be my first choice... actually the big guys mutations as well... just too many mutations all around. It's a shame but at least I have some models to paint up! 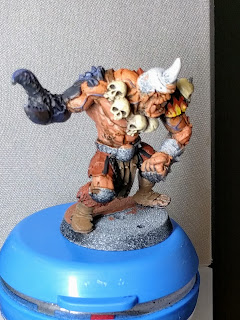 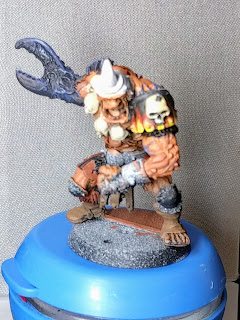 The Ogre has seen some good progress and the 'lobster' claw in particular has been an interesting challenge. I have been working to try and make it as realistic as possible but there are a lot of interesting color interactions in a living lobster and I am not sure that I've really nailed it quite yet.

Being volcano themed I wanted a kind of metallic/rocky armour look with some flame motif to help sell the firey nature of it: 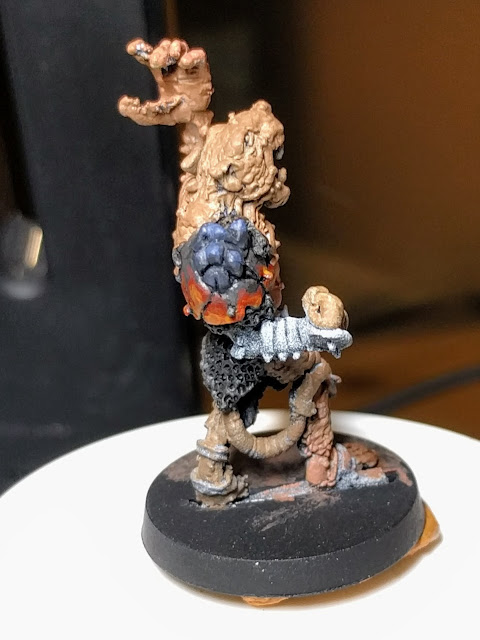 I'm not totally happy with the flame effect and any tips on improving this would be very welcome. 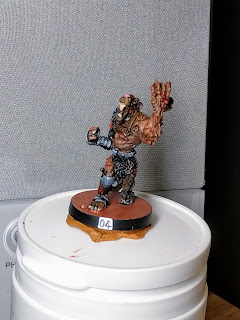 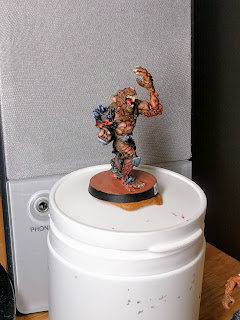 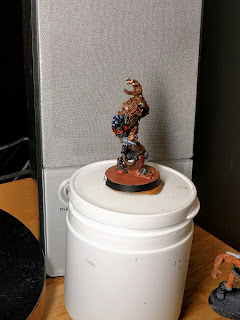 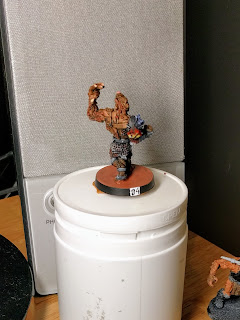