August 14, 2017 Blood Bowl Chaos Miniature Monthly Nurgle painting preparing Star Player
Well, I am finally getting back into painting after all the madness of moving and setting up my office. Most of my miniatures, including almost all the current WIPs had to be left in the US... that Space Hulk box is just too dang big. Because of this, I only have a few models to focus my efforts on at the moment. One is my model of Jason (of the Argonauts) who is progressing nicely but still has some work to do on him. More on him in a later post. For now I wanted to highlight both a new model and a new painting style (to me at least). 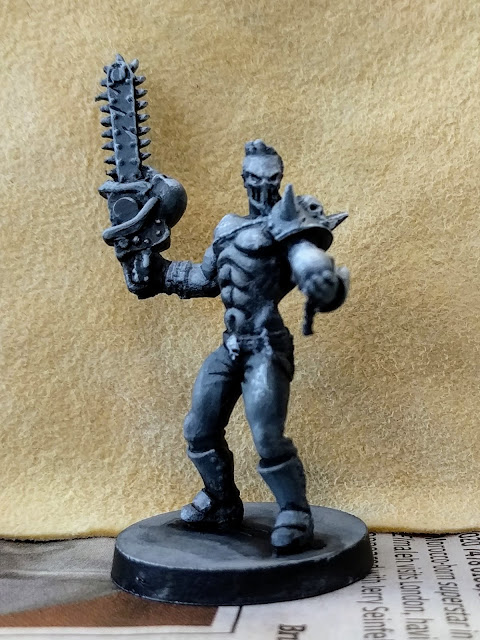 Matt DiPietro, a former staff painter for Privateer Press, has a method of painting he describes as 'sketching'. As a guest lecturer on Miniature Monthly, I was fascinated to watch his execution of this method in his two part class. The underlying idea is to get all the contrast in place first and then add colour through glazing at the very end. An intriguing idea and as someone that's not so hot at staying inside the lines, one that appeals.
I knocked this guy out in about 90min of painting after having applied a zenithal primer (using spray cans sadly as my airbrush is not available to me right now). I think there is still work to be done on knowing where to apply the highlights and shadows but overall I am pleased with the effect at the moment and looking forward to adding colour and finishing him off. 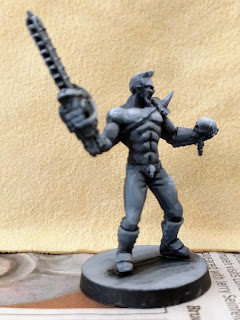 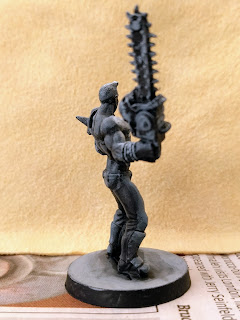 For those of you that are wondering, this model is not Ash of the Evil Dead but rather a sculpt from Hungry Troll that I am using to represent lesser known Blood Bowl star player called Max Spleenripper. Aside from being a fun model that I was keen to paint, the reality is, this isn't a model that's likely to hit the table all that often and as such I was happy to take a bit more of a chance on painting him. 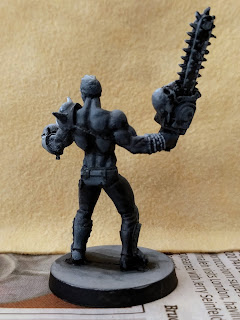 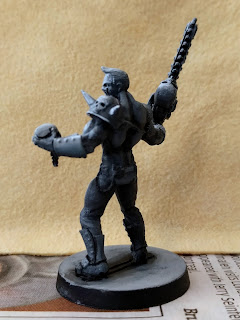 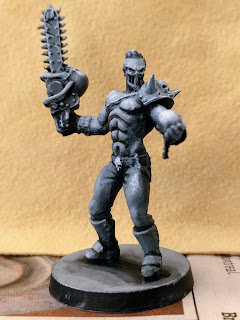 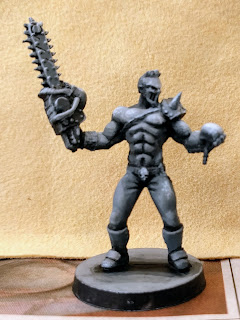 As of writing, only the first part of the class is up and, whilst I feel comfortable applying glazes already, I am wanting to wait for the second lesson before introducing colour to this fella. No doubt the next class will be up shortly and I'll have some more to show.