Well it took long enough... After several months, I have finally finished the Miragliano Union. They made their debut on the field of battle last night, stalling an Orc team to a 1-1 draw and training my Thrower to Hail Mary Pass early in the season. Not the most tactically sound skill but I love the idea of being able to get the ball a long way, fast. Not just to get it to a catcher down field but also to get the ball out to prevent teams bearing down on me from scoring. We will see how it plays out. 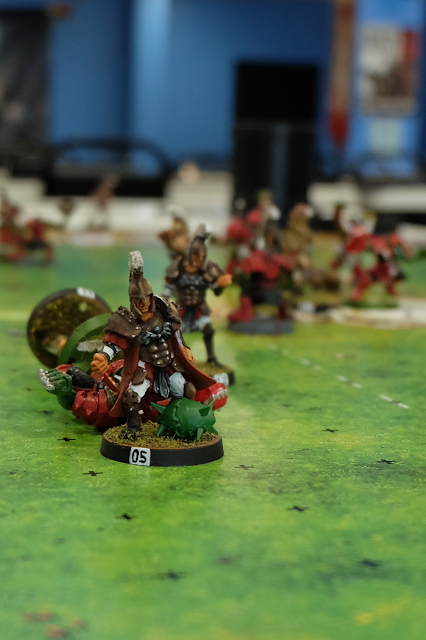 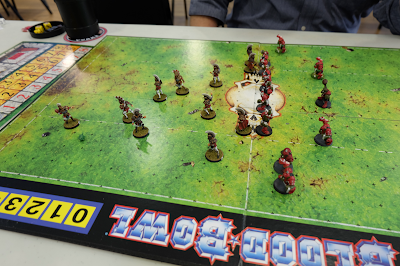 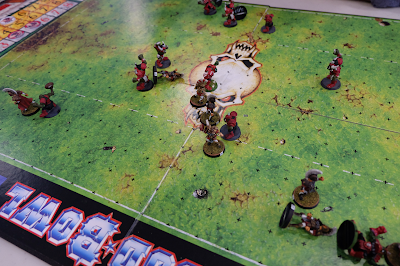 The second half opened to this: 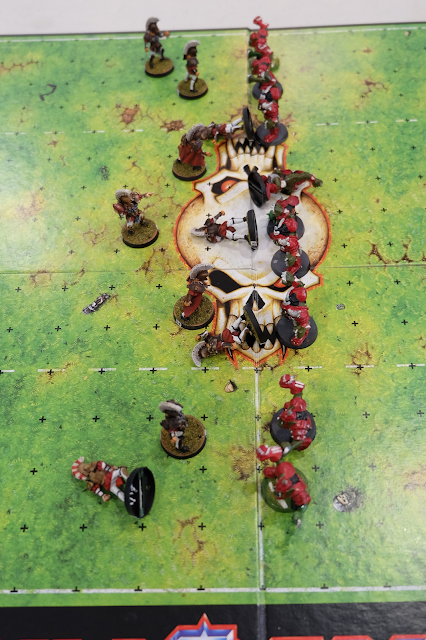 That's right... it was a pitch invasion that saw the fans apparently a lot less happy with the Elves than the Orcs. I blame the unexpectedly large fan turn out for WAAAGH-Tang Clan. 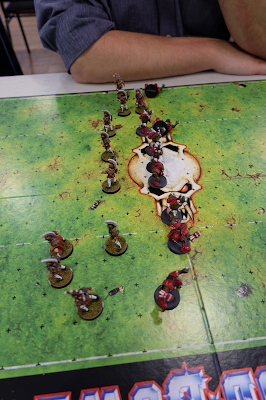 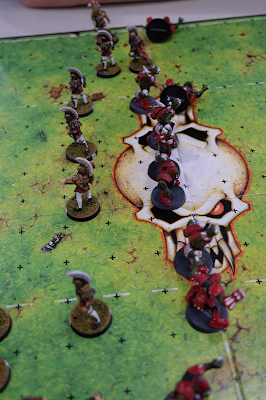 The second half of the game saw a traditional Orc cage slowly grind down the stadium: 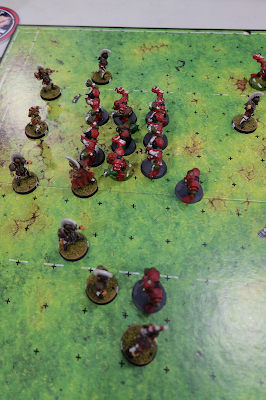