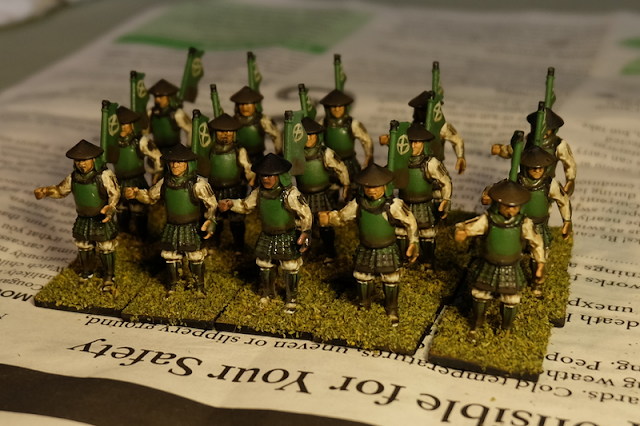 Those of you who have been reading this blog for a while, will know that I have more Samurai figures than I know what to do with... I went a little gaga over the old Wargames Factory figures back when they were still available. I don't really know why as nobody I knew ever expressed interest in a mass combat Samurai game. A while ago I decided to use them as an experimentation of army speed painting. That effort was rather abortive as I got distracted by the next Blood Bowl team and moved on. Recently a new game was announced by Warlord Games and it turns out the Wargames Factory miniatures form the basis of the new figures! Using some new head sculpts to change things up a little... well it's given me some motivation to get back to my Samurai and painting them up: 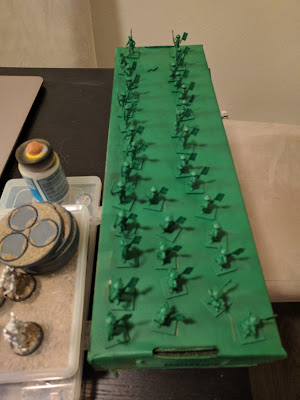 I am going to try some lighter green zenithal for these guys as a bit of an experiment in speed highlighting. The contents of my preorder arrived while this post has been sitting in draft so I thought I would also drop in a couple of additional pictures of my fully painted scenery from Sarissa Precision (which Warlord Games is promoting alongside their game). The bases are the group bases used for groups of commoners. The bundle also contained a few fully metal figures which I have now based ready for washing and priming. 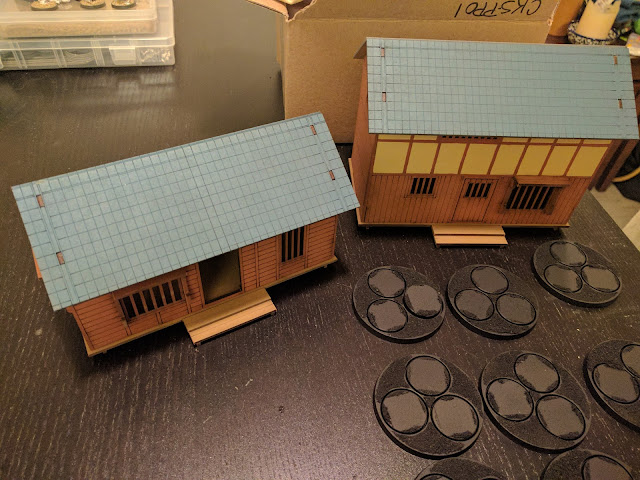 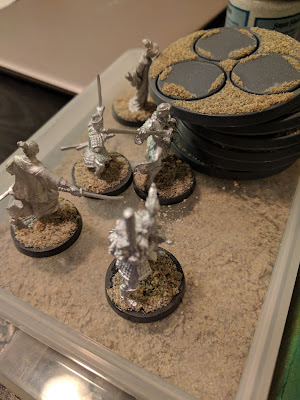