March 07, 2017 CK Studios guide painting
After a couple of pretty grueling weeks in the office with all sorts of issues, I've been looking forward to a two day class in how to Airbrush miniatures more than words can convey. The class was held in the back room of my local game store and saw a dozen avid hobbyists gather to spend the weekend painting up a Space Marine Dreadnought (mostly Forge World Contemptor Dreadnoughts). The class was lead by Caleb Wissenback and aided by Kat Jackson as CK Studios. I have raved about these two on a previous post and this class was even better than that one. I am not going to go into too much detail of what the class covered as I think you should really try it yourself if you are interested in Airbrushing (if you don't have the kit, you can get that as well from them at a great discount).

So what did I do? well this: 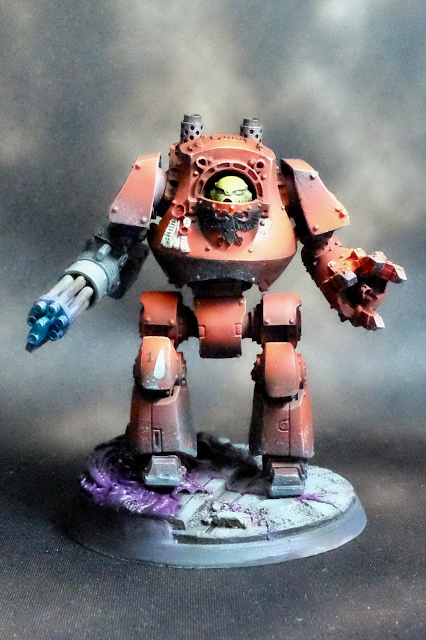 How? Well we started with this: 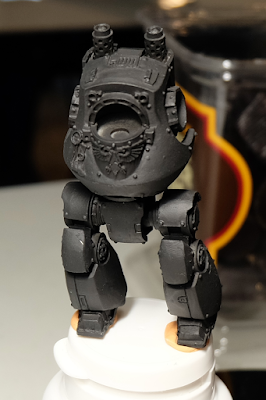 I had prepurchased my Dreadnought from Kat in advance of the class and it came primed and ready to rock. I was also delighted to discover it came with a free Secret Weapons Miniatures base! (I think they'd just got a bunch of samples.)
Much of the first morning was theory and Airbrush usage (cleaning, maintenance, how not to destroy it etc.) before we did a couple of quick coats - a zenithal highlight and a directional basecoat. I totally neglected to take photos of all this sadly... and this will become a repeating story in this post. I got so carried away with the class that the blogging fell by the wayside.

With a basecoat in place that already had some shading in place, the next step is to develop this shading some more: 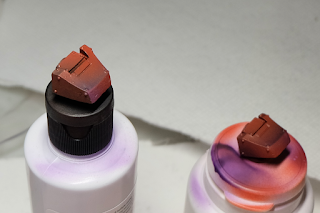 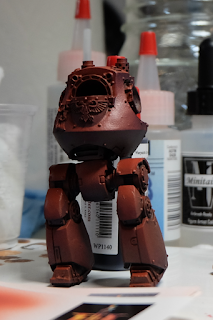 And some contrasting highlights: 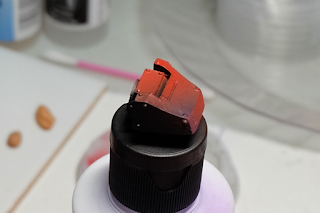 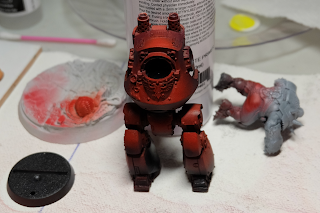 One of the things that Caleb was demonstrating is the extreme to which you can push the highlights. I was already pretty happy with what I had done but I was promised a cool effect if I could do one thing... paint over everything I had just slaved away at with white. One of the things that this really teaches you is that - you can really play with an airbrush. It's super quick to lay down a layer of paint AND the paint layers are super thin so going over the same area two or three times is no big deal. 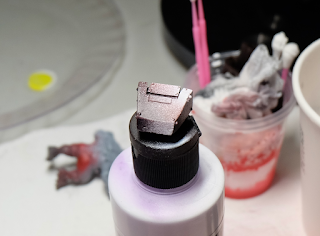 Why? Well to really push the highlight with a super bright glaze. It wasn't perfect, you can see that the result was very speckly and a little heavy. This is all part of the learning process but really highlighted the importance of air pressure (higher gives smaller dots) and also using a test card to really see how the paint is going to come out. I also suggest doing this BEFORE spraying on the miniature. ;-) 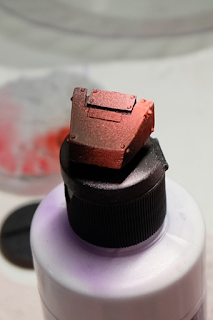 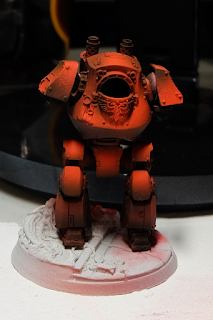 As you can see the finished effect really does pop.

Although the focus was the Dreadnought, I did use occasional down time to work on the base and also a Dark Young from Mansions of Madness: 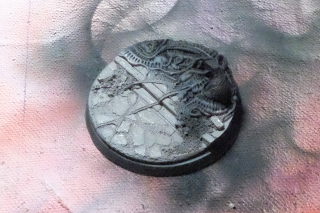 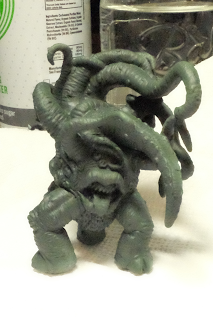 By Day 2 I also realized I'd neglected my Power fist and Assault cannon. The Assault Cannon was to be used in a lesson later in the day so I quickly built up my power fist: 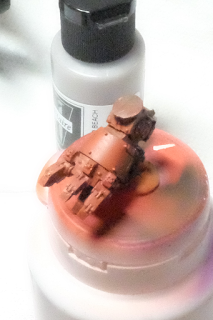 I also played a little with masking on the base to get some alien purple invading the urban streets: 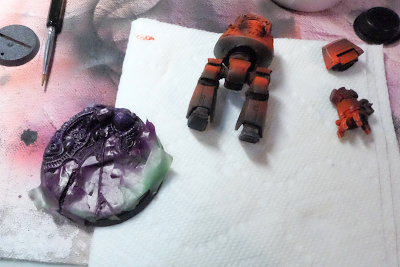 In the second half of day two we were onto the metals of the assault cannon with some cool titanium heating effects and also detailing including free-handing, and stenciling: 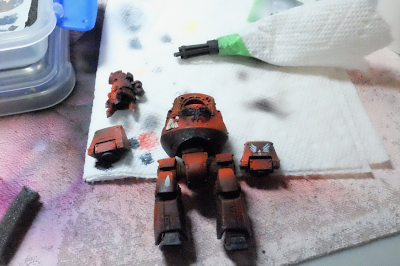 We also did some weathering and chipping and I even got to play a little with pin washing using some of Caleb's oil paint. This technique really does make a mechanical figure pop and is something I am going to have to do more often. By the end of the weekend I had this beauty: 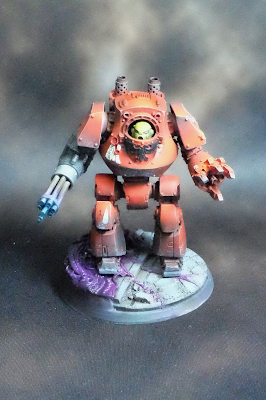 He's still not quite finished. There is work to be done still on the base, the head (particularly the eyes) and I may detail the power fist some more. I'd also like to continue pin washing the figure so everything is consistent. I think these things will have to wait for some of the rest of the painting queue.