March 10, 2017 Discworld Librarian Micro Arts miniature Orangutan painting sculpting
For those of you not familiar with the universe of Terry Pratchett's Discworld, it is a fantasy universe that had a major part in making me the person I am today... it has a range of miniatures sculpted for it by the awesome Micro Arts Studios. Discworld features, among other wonderful characters, 'The Librarian': He is the Librarian at the Unseen University Library and was turned into an Orangutan through an ill explained, and by now barely remembered, magical accident. 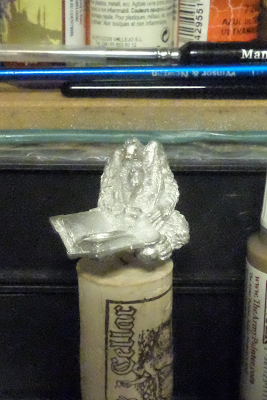 He is my favorite character for many many reasons: his love of books, regard of them over and above people, philosophical thoughts and ability to kick ass when required. So why am I rambling on about all this? Well I bought a large collection of the Discworld miniatures, promising myself that I would paint them once I felt that I was talented enough. In my latest attempt to procrastinate in painting up my Pro Elf Blood Bowl team... I noticed a cool little painting competition on reddit and with Miniature Monthly and the general improvements I have noted in my painted skill, I decided it was time for me to crack out the first of these figures to get painted up.

As this is an instance of me really trying to push my talent to the limits. I wanted to take the time to really document the process so I can look back at it in the future. Of course I have already failed on this as I did a load of work last night without taking pictures of the steps to get the base made up.

As you can see, the green stuff was pressed into a 50mm wide lipped base. Next liberally apply vaseline over the surface of the green stuff... Unset green stuff is super sticky - if it sticks to your mold - you now have a ruined mold. Think of the vaseline as a mold release agent. 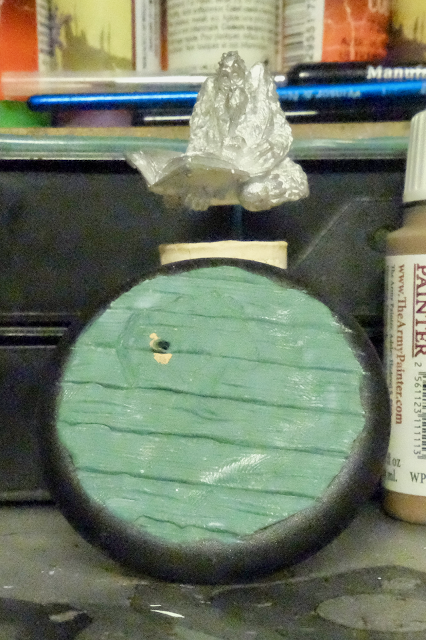 I then pressed it into a Hirst Arts wood panel mold #224. As you can totally not see in my terrible photo, the wood looks rather warped and didn't fully imprint. The thing is - I had no idea whether it was even going to work! Those molds are intended for plaster (or possibly resin) casting so the fact that they imprint on green stuff which is pretty firm is awesome. 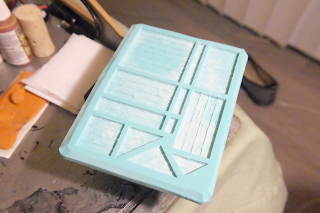 While the green stuff is still not set I gently pressed the Librarian onto the base so I would know where he'd be positioned. I also used some wet paint to mark the pin hole to pin him to the base which I then drilled out.
The next step is SUPER important - BE PATIENT. You are gonna have to wait a few days at least for the green stuff to harden enough for you to properly scrub off the vaseline so that paint will adhere.

In retrospect, one thing I should have done before pressing it into the mold is to press it onto a flat surface to level it. The photos I have taken recently are very grainy... I think because of my lighting or possibly just being incautious.

What is a librarian with only one book? Not a very good librarian so I decided that I should have a couple more in the stack he is attending... to do this I needed to make some books and to this end I consulted this awesome YouTube tutorial and Bam!: 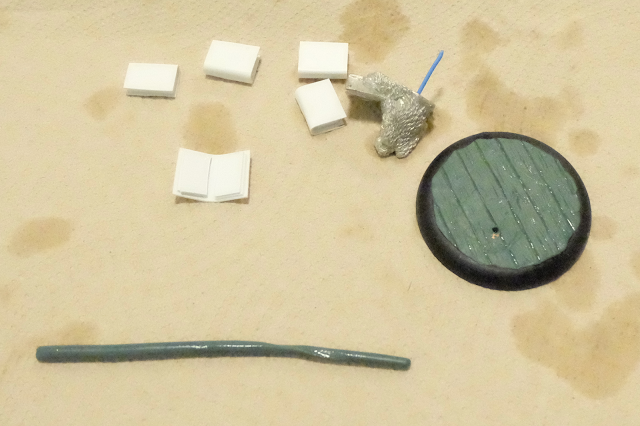 I also made a start on some candles... I mean sure it may look like a long sausage of green stuff to you, but to the truly enlightened (light, candles geddit?) all candles are just cylinders with a dream... or some such bollocks anyway point is with some chopping and drilling and a bit of extra green stuff for dribbles and candle spill: 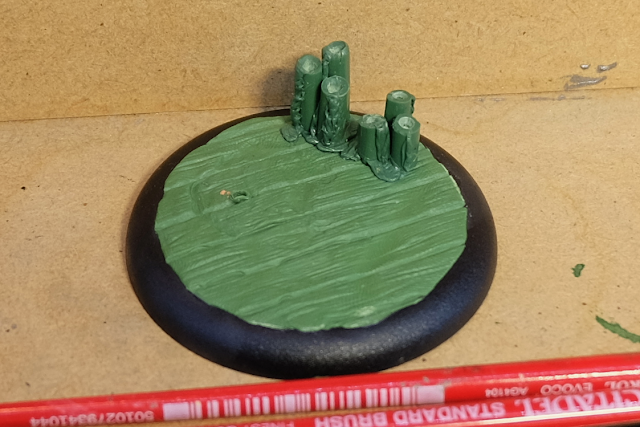 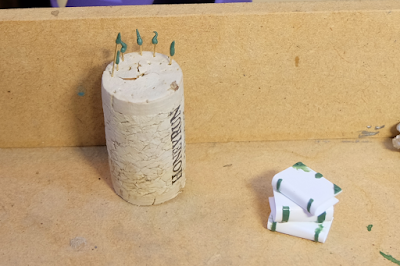 And finally some flames and a stack of books. It's all coming together. Next to prime and start painting them!