March 29, 2017 Bubblegum Crisis Ground Zero Games painting Salute
For those of you who are not familiar with Bubblegum Crisis, it was an Anime, first made in 1987 and remade a few times in the years since. It is arguably a great example of female empowerment where a group of women put on powered armor suits and fight crime. They aren't doing this to catch the eye of some guy (mostly) and frankly make most of the male characters in the show look like incompetent idiots.

At the meta level there are still some things that could be done to make the show a little more gender equal (either stop applying fan service / skin requirements or apply them to men and women equally) but I still think it was a pretty solid show for demonstrating women can also kick ass.

Bubblegum Crisis was also one of the first anime shows I ever watched and when I found out Ground Zero Games had a range of figures from the show I rushed out and bought them... at a Salute... about 10 years ago... and they joined the ignominy of my lead mountain. I unearthed them a few weeks ago and immediately set about painting the Boomers. You can find out more about them in this previous post. 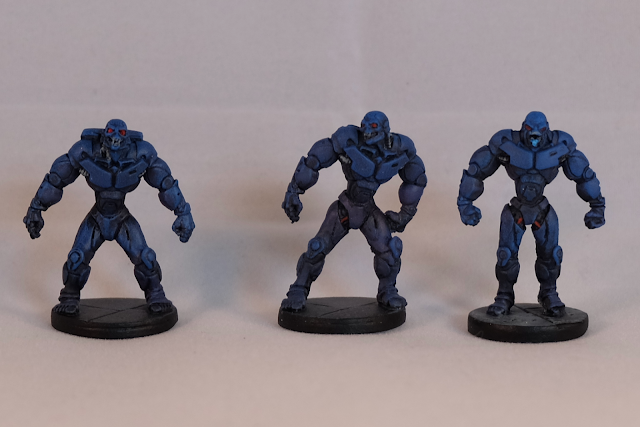 Then a few days ago I found out that this year marks BGC turning 30! making it only slightly (less than a year) younger than me. And I have concluded that I must work harder to finish them to celebrate the anniversary. Here is the beginnings of the KSuit with some speckly zenithal priming flanked by Largo & Brian Mason: 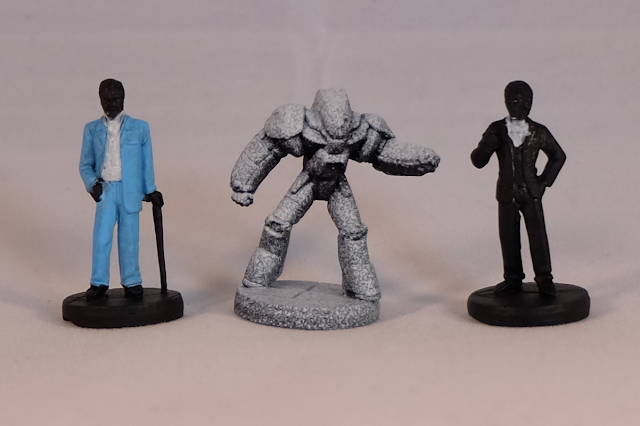