January 22, 2017 Blood Bowl Goblin Greebo Games
The West Coast Quake is one of the big annual Blood Bowl Tournaments on the US West Coast. Last year was my first Quake and a big reason that this blog has started putting out some regular posts again. I rushed a fully painted Wood Elf team for that event and ended up in a similar position this year as I tried to juggle the Goblins for this tournament with the Chaos Team for our regular league. There were more than 20 players competing this year and I went in with one, simple objective... Foul, a lot. I was after the Dirty Player award and had 16 opportunities every game, over 6 games a possible 96 fouls (ignoring special play cards that could help). In the end, I managed 65 - a new tournament record and in chasing this I was able to secure the tournament's Wooden Spoon as I lost all but one game. I felt bad that my pursuit of fouling could be seen as throwing the game for the other player but despite this risk, I only ended up playing one of the top 4 players so I don't think I made too much of an impact here. 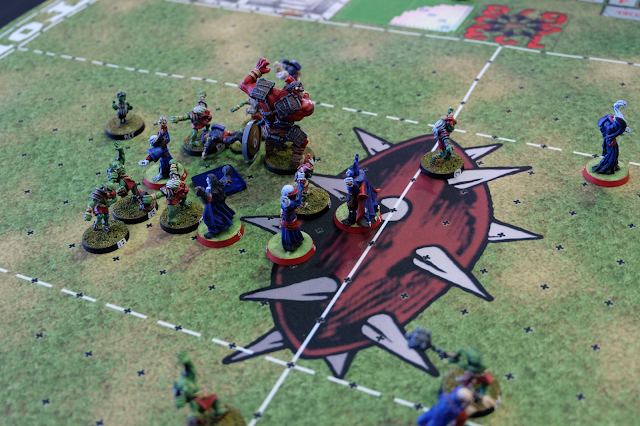 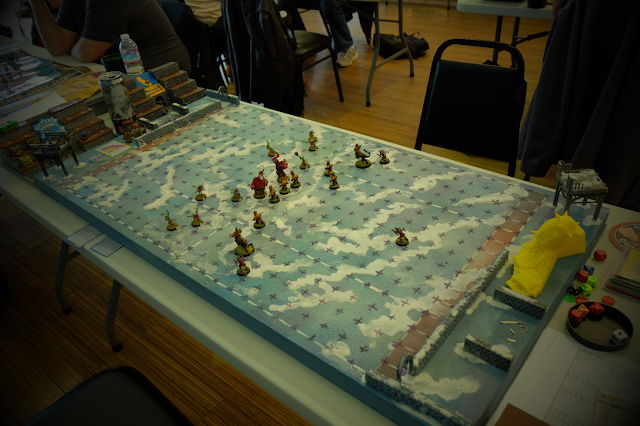 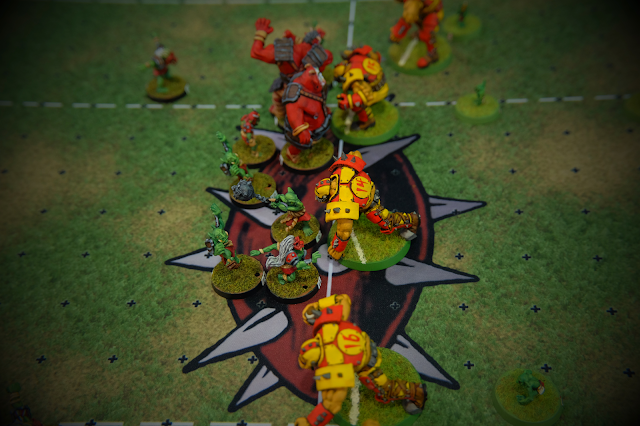 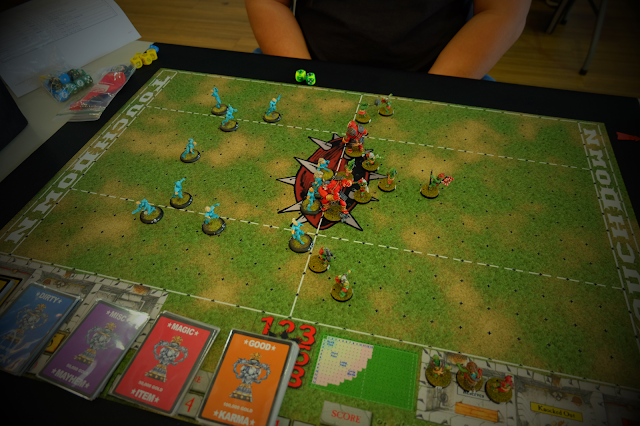 As you can see, there were some rather odd filtering effects creeping into the camera. I am not sure where these came from and I am a little annoyed as I'd rather have the choice of entering them in post. It was a fantastic weekend and many thanks to everyone that took part.