This team was a bit of a mad rush over the holidays in order to have them table ready for the Quake last weekend. As a result, there aren't a lot of in progress pictures to show their developmental progress. I did a lot of experimentation with them despite this however particularly regarding manual shading and highlighting which really paid off for the creams and goblin skintones. One thing I found to my chagrin is that I really don't have the range of reds that I need to get good layering and shading on these (a big part of the palettes) which I think let down the models overall. 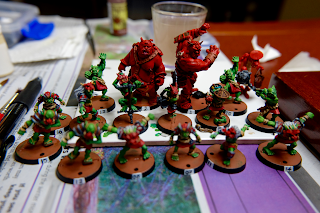 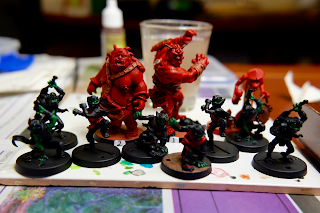 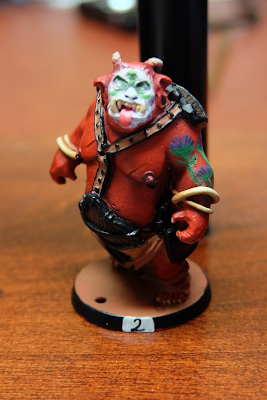 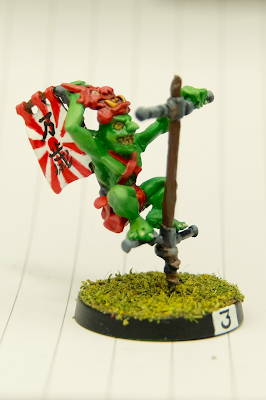 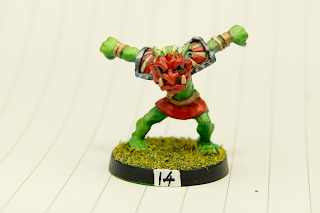 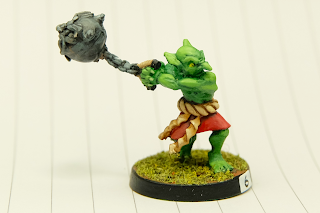 So here they are in their full glory! A couple of photos taken at West Coast Quake of the team getting ready to perform their worst. My next post will be a look at my (less than) stellar performance at the Tournament. 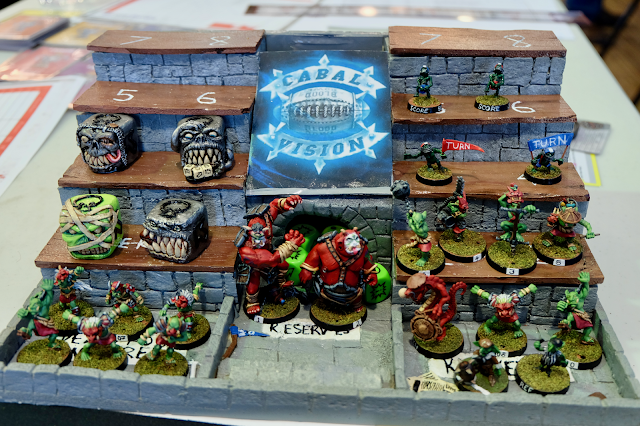 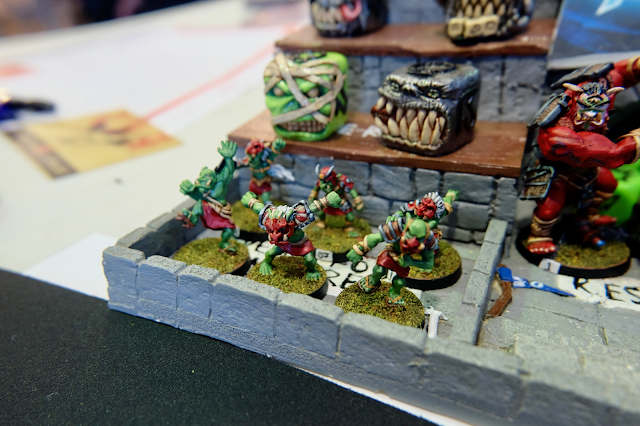 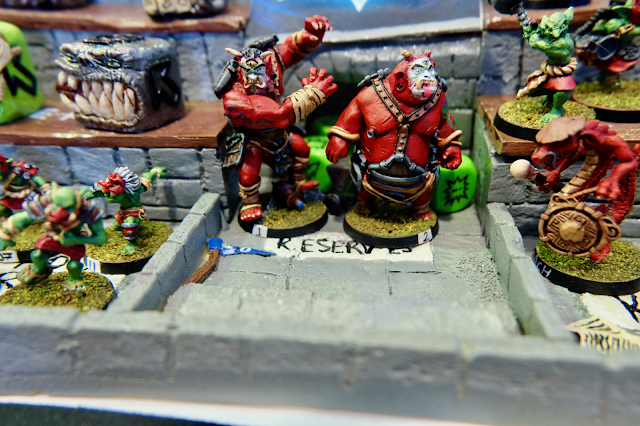 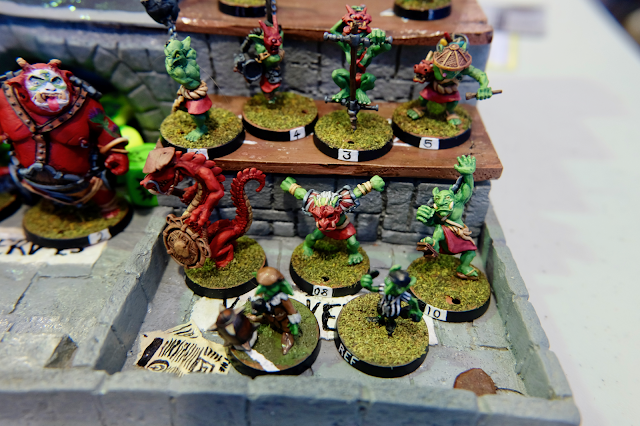