Year in Review: Other Stuff

December 30, 2016 Arkham Files GenCon painting Ramshackle Games Samurai
Blood Bowl is not the only thing I've been working on this year and although it has been my major focus, I have gotten a few other bits and bobs painted up:

One of my major drives this year has been to speed up my painting speed. I noticed when I was working on my Wood Elves in particular that I was very concerned about getting everything just so and it was taking far too long to get things painted up. I know that there are levels. I want figures that look good, especially on the table.
This drive towards painting faster (and to a better caliber) has taken a couple of forms, one is quantity, the other is on focus. The Ashigaru Yari are in the former quantity. These are figures I have had in my possession for years and never done anything with. I went on a bit of a crusade to get them assembled (WAY TOO MANY FIDDLY PIECES) and get them painted. With the Samurai, I was looking into how to really churn out a lot of figures, fast and at an acceptable standard. There are a few techniques to this that are listed in the blog post but the one I think is most important is accepting that there are some sacrifices in quality required to keep the time down - missing some detail, not obsessing about edges and slight slips etc. 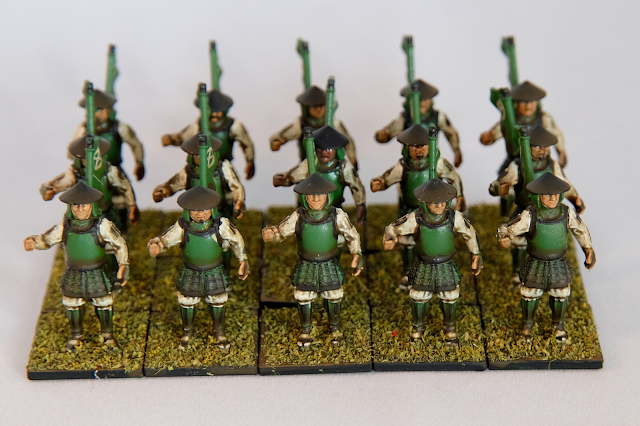 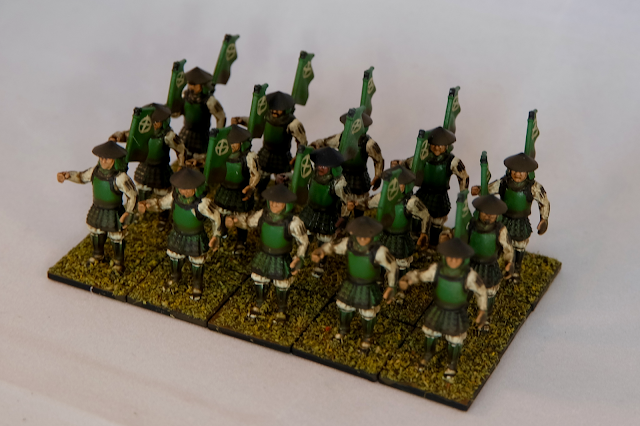 These two are not the first commissioned painting jobs I've had... but the last one was when I was 12 and I suspect didn't come out nearly as well as these. These two really gave me some great practice highlighting and shading as well as Non-Metallic Metals. The sword and leatherwork on the rogue in particular are really pleasing to me. I like the varying tones of leather in particular. 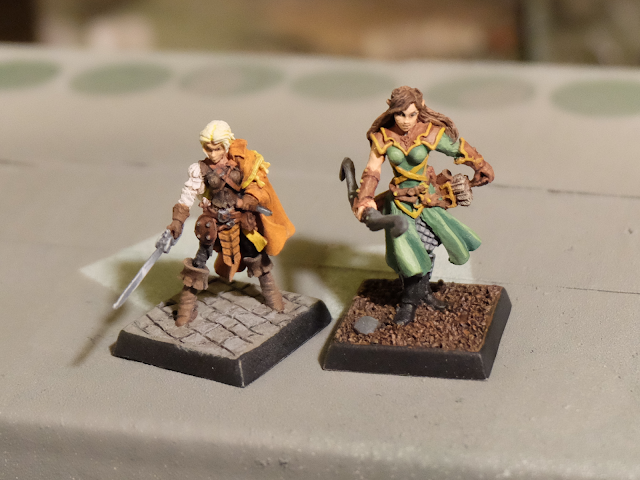 With RoboRally minis painted up, I had got a hankering to get more boardgames painted up and with the new Arkham Horror Card game on the horizon, I got some of these figures out and painted. The small size of these figures make them a dream to paint up. I can easily hammer out one or two in a single sitting which is a really easy way to feel good about your productivity. Two of them also provided my first foray into alternate light sources: Mike McGlen's cigar not so well but the Cultist's eerie glowing staff works pretty well I think. Finishing off the other figures in this line is going to be a priority in 2017. 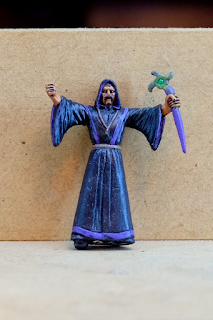 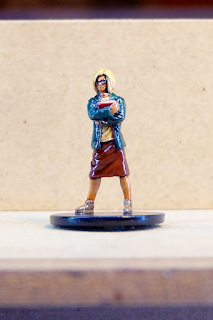 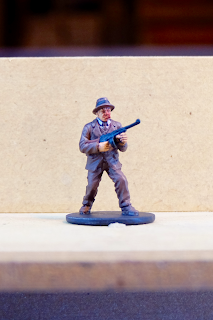 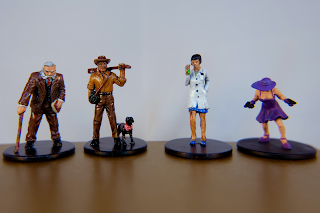 So the only reason these buggers got painted was that I happened to have some excess primer. Like the Arkham figures, they are pretty small and not the most detailed. The results are not astonishing, but they are painted and ready for any RPG games I get going. 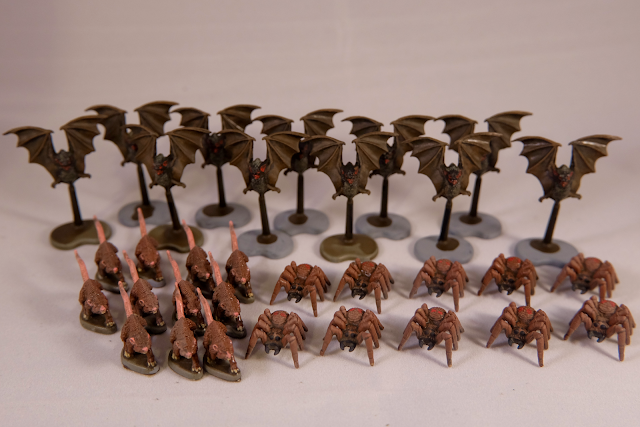 GenCon provided an opportunity for me to really exercise the focus component of speed painting. I did three sessions of 45min working on the bottom three figures. These were pretty small figures so I got the coverage easily and even worked on some of the shading and highlighting working really well. The top figure was from a class on blending and although I didn't really finish it, the purple blending uses a few different techniques really effectively to get a pretty smooth transition. 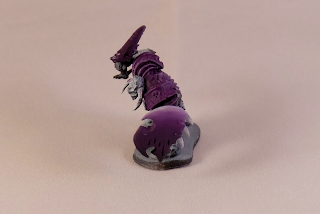 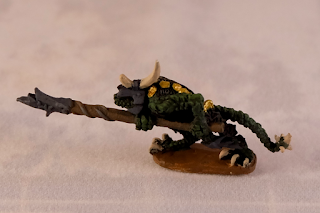 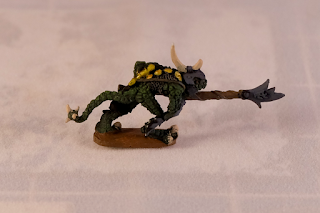 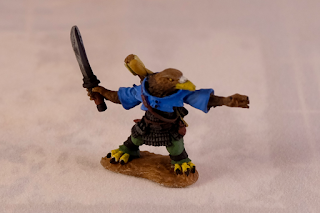 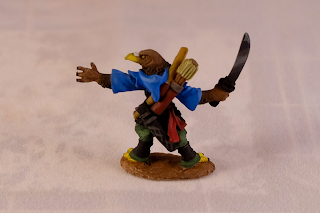 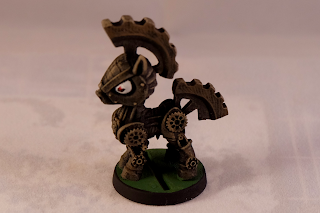 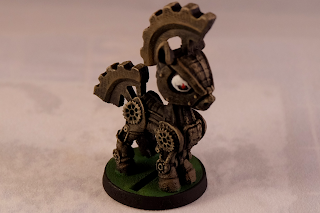 This was a pretty fun experimental piece with the sheer fabric being a particular challenge that I am keen to take another stab at. The rusted NMM came out pretty well and the goblin blood bowl team I am working on will be seeing some more examples of it.