December 31, 2016 Black Scorpion Blood Bowl Chaos Goblin Greebo Games painting
There are a few things that I didn't get finished off before the end of the year. Not too many as one of the things I have gotten better at is finishing something before moving onto the next (we'll gloss over the massed ranks of Nuln and Samurai hiding in drawers, primed & unpainted...)

These guys are coming along pretty nicely. I am definitely struggling with Pink and Red highlighting and shading but they aren't too bad. I want to try and put a bit of freehand work onto them as there are nice big bits of plate mail and fabric to work on. My freehand work is probably the thing that has most improved this year and with the effects on the Ogres, I am really glad I put some time and effort into it. For these guys - I think they'd have been done by now if it hadn't been for the need to get the Goblins done up in time for Quake. 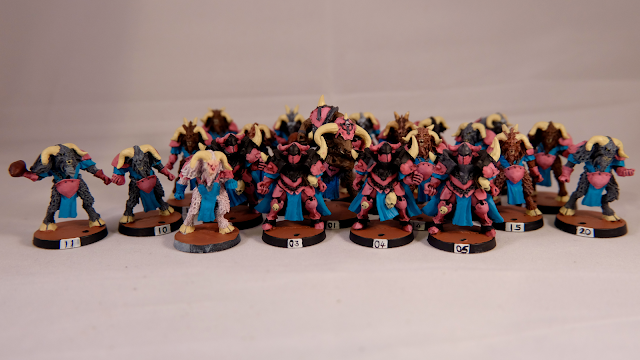 It's not entirely fair for these guys all to be listed on the unpainted list. really it's only the Trolls that aren't finished at this stage, but the others aren't varnished either so there is certainly some ways to go with the team as a whole... of course I am neglecting the other 8 goblins that I slipped back into the case as they won't be needed for Quake. I will have to get them painted up as well! 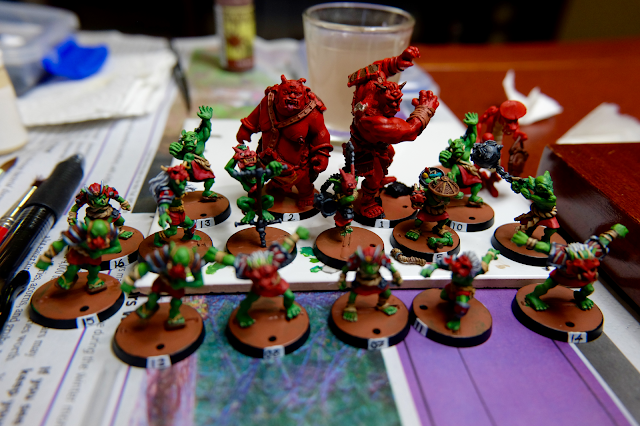 The ninja style goblins haven't seen as much headway sadly although I will get them finished as well. I am looking forward to being able to try and do a better red shading job on them. Something a little more rounded/less cartoony. 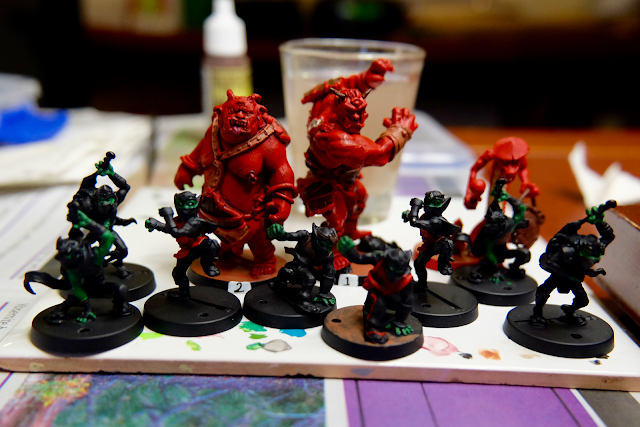 I LOVE these models. I know there are other sculpts of Jim and Bob out there but these two so perfectly capture the aesthetic that I just love them. These are my new side along figures that I play with while I wait for other things to dry or take a break from the endless tedium of more NMM buckles. They'll be finished off soon enough I have no doubts, I just hope I can get them done well enough to satisfy my love of these great characters. 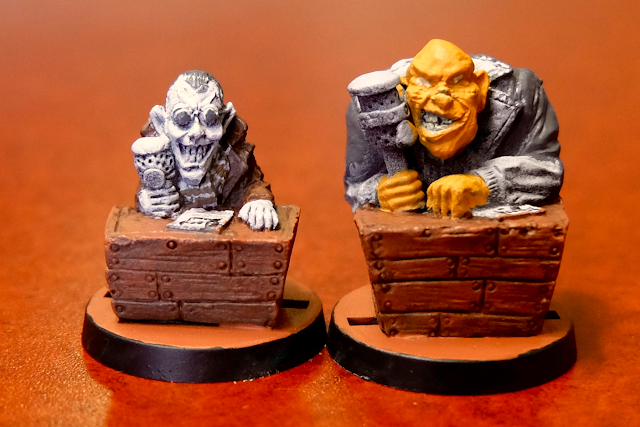 So I am clearly not done, and there is still plenty in the lead mountain to get to. I just have to keep up the pace.