What's that skippy, there are two teams on the table?

November 08, 2016 Black Scorpion Blood Bowl Chaos Goblin Greebo Games painting
Well it's been a little while since I have posted. A big part of this is that I just haven't been able to do as much painting and modeling lately with a massively increased workload and some other real world commitments.

BABBL Season 3 is well under way, as I have mentioned before and I am now furiously working on my team for Season 4. After getting stomped all over as an Ogre player, I am next up going to try doing some stomping of my own as Chaos: 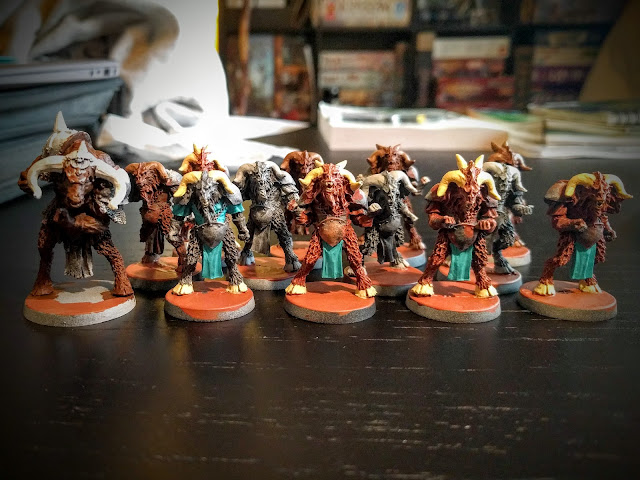 That's right! right Turquoise... and it's going to get even better as the pads and belly plate will be pink. We are going full on Slaaneshi here folks. I am normally more of a Khornite when it comes to Chaos but there are possible Khorne and Nurgle teams of their own, this seems the best way to go.

Of course West Coast Quake is also coming up soon and I am planning on having a bit of fun... with Goblins! I'll be biting, scratching, bombing, chainsawing, pogoing and of course, fouling my way to the bottom of the rankings I expect but I mean to get that dirty bastard award! I am also super excited to get these Greebo Miniatures to the table: 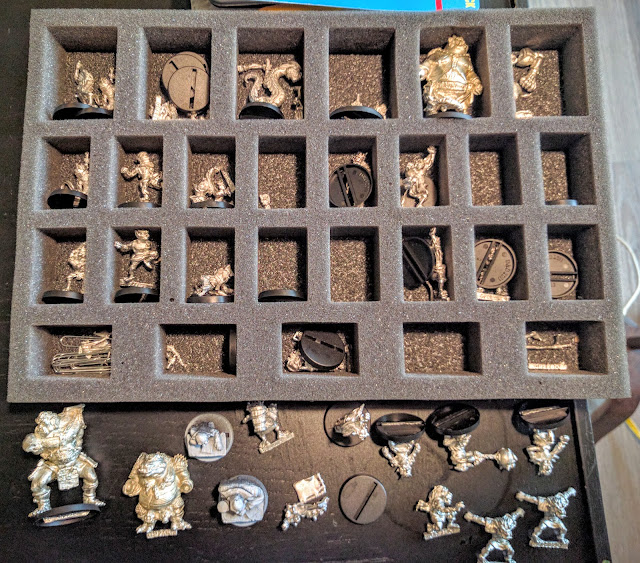 They may look exactly the same as they did when I first posted but they have been cleaned up, filed, clipped, washed and assembly is under way.