August 08, 2016 board games GenCon general
I have seen the nirvana of gaming and it is good. Last week, my girlfriend and I headed to Indianapolis to attend what the organizers modestly claim to be "The Best Four Days in Gaming". That's right this weekend was GenCon and I finally managed to attend.

My convention opened with two hours waiting for the great 'Running of the Geeks'. A video of which has already been uploaded by someone working at one of the Chessex stands and features me in seconds 18 - 24 (first to comment with a description of the correct person wins a prize).
Where was I in such a hurry to go? Seafall? Harry Potter Deck Builder? Nope for me first stop was Ticket to Ride Rails and Sails, second stop was London Dread. Whilst both of the others were of interest, I figured that I could wait on them given it may be a while before I could really get either to the table. Rails & Sails and London Dread are both games I can (probably) convince the girlfriend to play. I probably will get the other two and maybe some of the other hot games of the con (it really does seem to have been a good year for gaming) but they can wait.

After those initial purchases, and with my UK buddy off to an event, I sat down to a quick demo of Oceanos. Instead of the full three rounds, we played the first round and then did the game end stuff. It's a fun game and I'd love to play it more... just not quite enough to buy it. There is maybe a bit too little going on in the game to keep it interesting but would make a great game for slightly younger gamers.

No rest for the wicked and no rest for me this weekend. My next stop was a tutorial in casting resin. The class was excellent and gave me the confidence to finally pick up some Hirst Arts Molds. I have used these for plaster casts a lot in the past with someone else's molds, there was some success but always a few bubbles here and there... the resin was completely different! I picked up all the detail and although the ingredients are not pleasant the results are amazing. The class had a comprehensive handout and was well structured.

Next I was meant to attend a talk on Japanese Folklore but I couldn't make it to the location in time and would then have been late for the event after it so I skipped this and wandered the hall a little before going to the FFG Siege of Annuminas event. This is one of the things I was most looking forward to at the con and it was awesome. This Adventure is as difficult as any in the past and has the added complexity of being played with 3 groups of 4 players for an epic 12 player game! Of course we lost but it was a valiant struggle. There was time for a second play but sadly I had to step out as I had another thing to attend:

I had been told by a friend that the AEG Big Game Night event was not to be missed but sadly I missed out on the tickets. Luckily I was able to volunteer for the event to at least participate and still get the goodies that they notoriously give away at the event... before that however I had to do a quick training, learning to play my back up game - the newly released Mystic Vale. I was very excited about this as it was one of the games I was considering getting at the con. Instead of playing I actually dived straight in at the deep end, assisting to teach it to a group of gamers.

Next I had to run as I was late for a Haunted Indianapolis tour... it was interesting but with a city as modern as Indianapolis, there is not as much history for the stories to have occurred in. It was also ungodly hot and humid making the walk quite exhausting, by the end we were pretty well done in.

Day two at con and time for another walk! This time a tour of some Catacombs beneath the old market building in downtown. This talk was a little livelier than the last and provided some interesting history of the town's founding and some other bits and bobs. Despite being an 8am start, it was already hotting up and by the time we made it back to the convention center, we were pretty glad for some A/C! 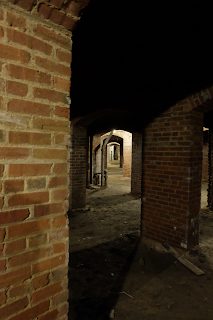 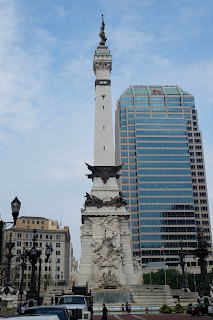 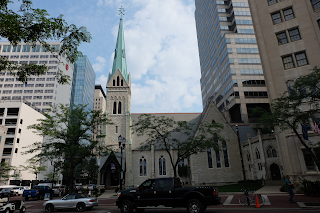 Another major attraction that I was looking forward to trying was the Super Robo Rally event using programmable robots made of lego! Giant versions of boardgames is a big thing at GenCon and I was determined to try one while I was there. I didn't really know too much of the details at booking but this turned out to be possibly the best part of the convention. Each player was given a mobile phone with an app that had the programmable commands and then these were passed to the computer that would execute them on the lego Mindstorms robots. It catered for everything! Even shunting robots out the way, enacting conveyors and all. There were some hiccups with alignments of the robots on occassion, drifting slightly off of 90 degrees but overall it was AMAZING. So much fun!

I have been an avid Dice Tower listener for about ten years and yet not once managed to meet any of the guys that make it. DiceTower Live was my chance and it was a great show! Singing, guests, news, FFG inFlight report scouting! I had a fantastic time. I am not sure I would do it again, but I am so glad I did it this time. 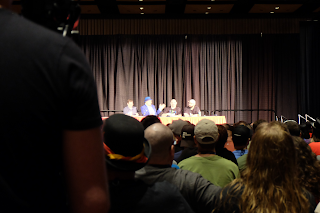 The next event was the Cardboard of the Rings listener event but I simply couldn't find it in the huge hall and eventually just gave up. I am pretty gutted to have missed this one as I have been listening to the podcast since it started and really wanted to meet the guys behind it.

I had a couple of hours of relative calm as I hung out make trades for the Math Trade that I had organized. After that was the big event:

AEG Big Game Night 7pm - Midnight is a long time to be on your feet teaching games but I did enjoy it a lot.

Most of the rest of the day was spent painting miniatures and I am looking forward to telling you all about them but I am going to hold off for now as I am waiting on a shiny new photo set up that is supposedly in the mail... we'll see.

After a day of painting, the last event of the Con was Mark Gunn's drinking songs! A great laugh. After that I got a game of Mystic Vale in with some friends before calling it a night.

Food at GenCon is pretty good. There are a tonne of food trucks and of course the notorious special brew for each con. (20 sided rye this year was pretty tasty). But I also wanted to check out a few major fast food franchises while I was on vacation:
Whataburger - stopped here in Dallas Love Field airport, a pretty tasty burger. Not my favorite, but pretty good.
Steak and Shake (or rather Steak and no-Shake)... I had heard so much about this place (Damn you Cardboard of the Rings!) but we got there, waited ages for a seat and were told that milkshakes were not an option. The burgers were meh at best. Pretty disappointing all round.
White Castle is a classic of the east coast specializing in sliders. It was great to be able to try most of the menu in a single meal. The Chicken Rings are freaky but tasty, the chicken sliders are pretty good but the beef ones are worth avoiding.

What did I get out of the math trade? Wellllll I'm glad you asked!
Runebound: Island of Dread
Escape Curse of the Temple: Fountain promo
Warhammer Quest Adventure Card Game
XWing Tie Phantom
Guildhall Fellowship 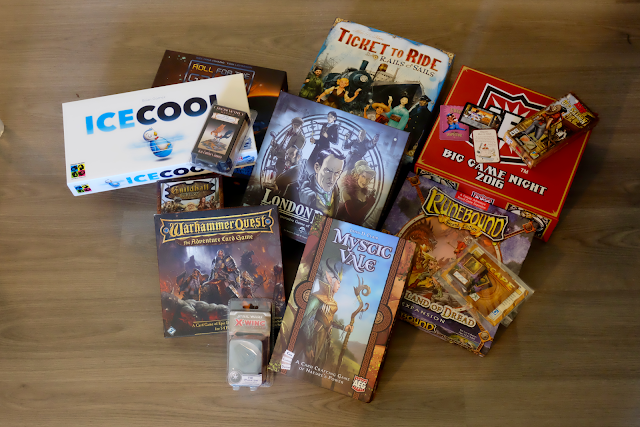 I can't deny that I had a great time. There are definitely a LOT of things I would do differently next time around but if I could get a couple of buddies to come along, I'd totally be up for it. When people say don't do too many events, they're not wrong! I loved what I did but many of them never need to be done again. The painting was certainly a highlight and I would love to do more of that. I would do a lot less morning events as well. By the time I'd gotten through the day, I simply wasn't up for evening gaming and I really did feel the lack of gaming was a bit of a black mark on my con.