May 25, 2016 painting RPG Samurai
Well, today I have some exciting news! A single post that contains a whole shit load of 'things I have meant to do for ages'! Ok well it's exciting for me at least.

Ashigaru troops have been a well known and slow progress on this blog, but predating even them are a collection of figures from the old Warhammer Quest box (not the newfangled Age of Shitemar one!).  I don't have a full set but a bunch of the humanoid and smaller baddies intended for use in RPGs & dungeon crawl boardgames. I also have this beauty:

In combination with the Army Painter Coloured Primers:

As you can tell, this is clearly a winning combination! A few test subjects survived my initial testing of this idea; a couple of rats who have already been redipped after a little extra paint work and one Ashigaru trooper to test the colour scheme (more on him later).

Of course they are very shiny right now but once I have tidied them up and added some Matt Varnish, they are going to (I hope) look pretty decent! Of course there's not much chance of these winning a Golden Demon award, however I am still pretty happy with the results and it has allowed me to do the following in about 3hrs (previously unheard of for me!): 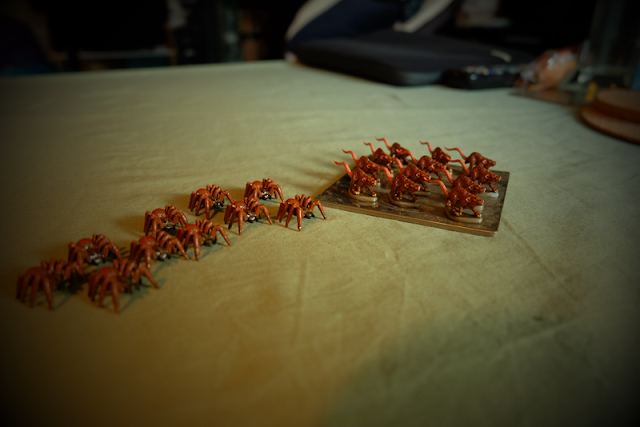 
And in another couple of hours - 15 Yari Ashigaru: 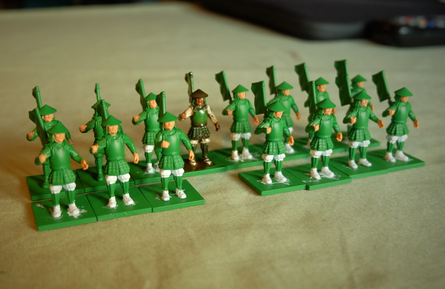 You can see my test Ashigaru is hiding out there at the back looking pretty shiny. I am pretty happy with the way he turned out with 2 exceptions - the kasa (hat) and sashimono (back banner). Both of which seem to have pooled more quickshade than I really wanted. 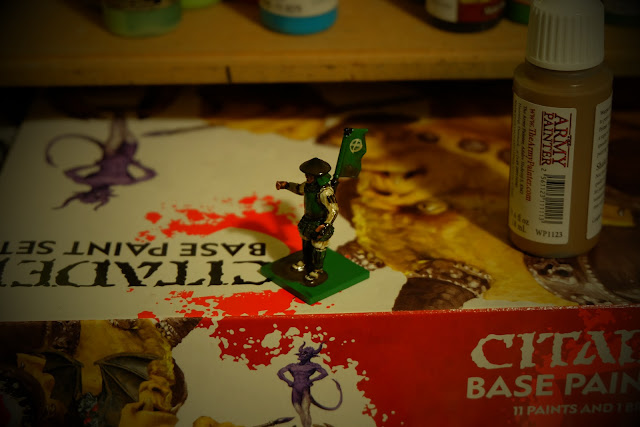