May 16, 2016 Amazon Black Scorpion Blood Bowl board games painting priming RPG
Well it's been a very long week... not least because I worked a five day week for the first time in a while! I did manage to get my Amazon team fully painted... not quite before playing my last game with them sadly as I had to step out of the post season due to work commitments. But here they are in all their glory: 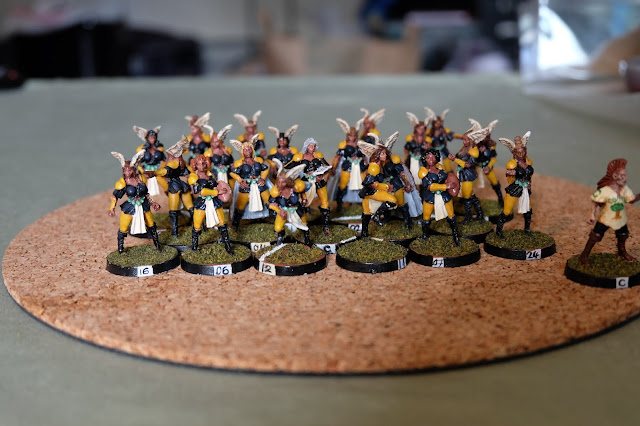 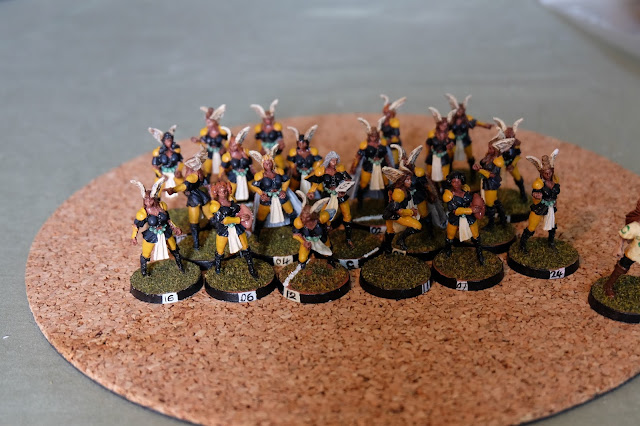 I am not super happy with them. The paint chipping due to play while painting was beyond frustrating and I am a little less convinced that my priming addressed all the issues with the resin. The finish on the figures is ok but truthfully I just got a bit sick of them and didn't highlight to my satisfaction just so that I could stop looking at them.

My next project is a couple of figures for some friends who are attending Kublacon and playing some Pathfinder games. They are not painters but want some nice figures to use so I offered to paint them up. It will be a nice break doing a couple of fancy figures rather than the batch painting that I have become accustomed to lately. 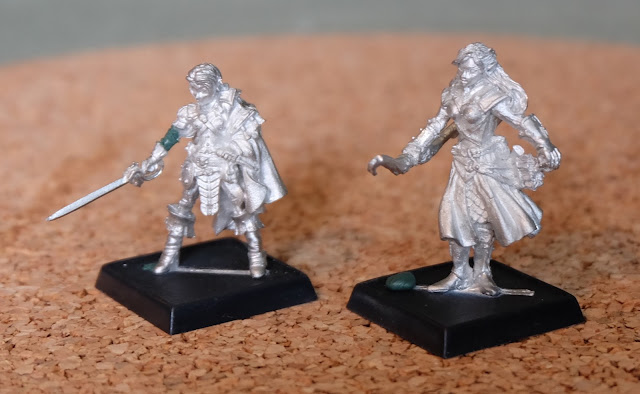 Once they are done (the deadline is like 2 weeks out at this point), I will be returning to the UK for a month so Painting is going to be taking a hiatus however the intention on my return is to deal with one of my next 4 teams (Ogres that have painted snotlings and part converted Ogres, Pro Elves (Black Scorpion Humans), Chaos (Black Scorpion) and a super cool Vampire team made of Samurai!). It's hard to say this far out which will get the attention first, probably the Ogre team just for the quick completion. I am also starting to get the itch to paint up a bunch of my Samurai figures as there are just so many and I want to see if I can really push myself to dumb down and speed up my painting for rank and file figures.

In other news; I am continuing to grind away at the nickel plays of games I own. Had a few successes here, Takenoko is done. I think the Ticket to Ride maps will be easy enough but what I realized is that I need to be more attentive of the ones that really don't excite me (in italics below). Lack of enthusiasm for getting games played seems to come in three flavours: