Well I got a craving to quickly knock up some snotlings for an Ogre team in my current blast of enthusiasm for all things Blood Bowl (I even have a spreadsheet tracking the readiness of all the various teams I am collecting!). So I now have all the snotlings (15mm winged goblins) painted up and ready to take to the field... I just have to find me some Ogres to go with them. The figures themselves are not exactly what I was hoping for and they don't really have a uniform which sucks a bit but they are figures that I have had laying around for ages and I figured I might as well put them to some use. This is going to be my fifth painted up team... although I am still lacking support staff on most of my existing teams!
Speaking of which. Both the Wood Elf above (mostly included for scale) and the Treeman below mark the completion of my last vestiges of the Wood Elf players. The Wood Elf Coach (a converted wardancer) is being painted up along side my Amazon team. 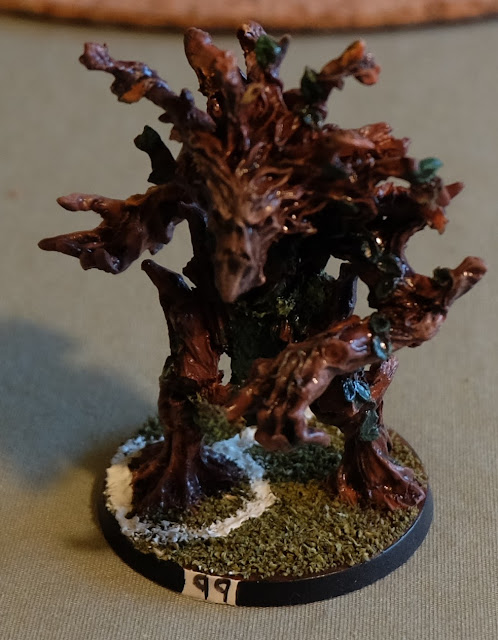 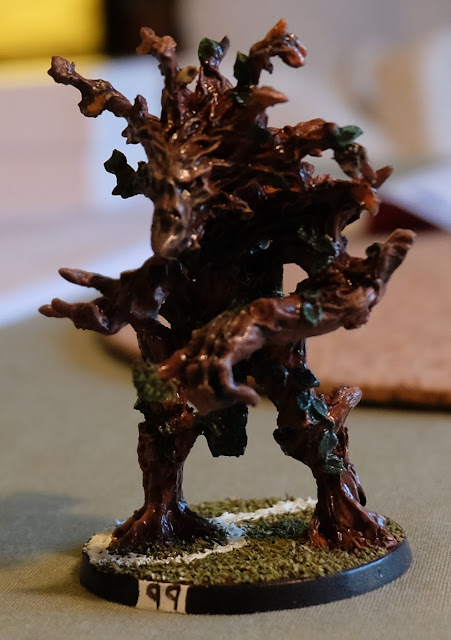 Also - apologies for terrible photo quality, these were taken spur of the moment, late at night and I don't currently have a good photo taking set up.