January 21, 2016 Blood Bowl painting scenery Wood Elf
Well, it involved staying up a couple of nights but I eventually got there! A (mostly) fully painted team of Wood Elves!!! And they were done just in time for West Coast Quake 2015! It really was a very close run thing, I got the varnish sprayed on the night before the tournament - fortunately it was dry by the tournament. 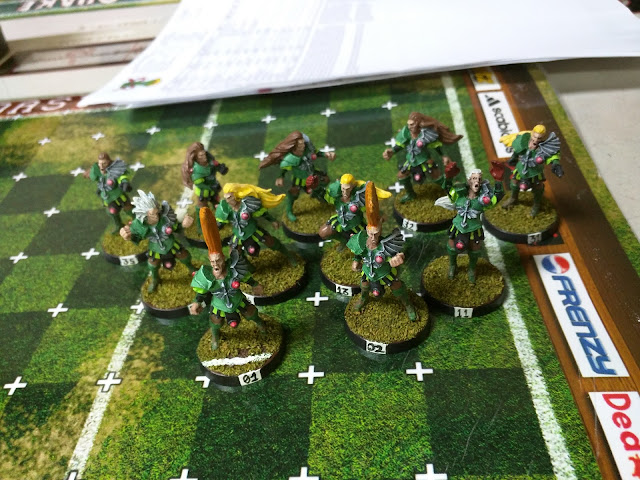 This is the line up I was using in the tournament. My Treeman was not on the roster and so he, and my fourth catcher are the reason I was only able to say 'mostly' finished. The fourth catcher suffered a slight accident in training... getting dropped off of my 1st floor balcony and breaking (causing a severed foot that was never recovered) The rest of him is painted up, however . As you can see it is only 11 players, pretty normal for Elves given how expensive they are. The down side of this is that the end game typically ended up looking like this: 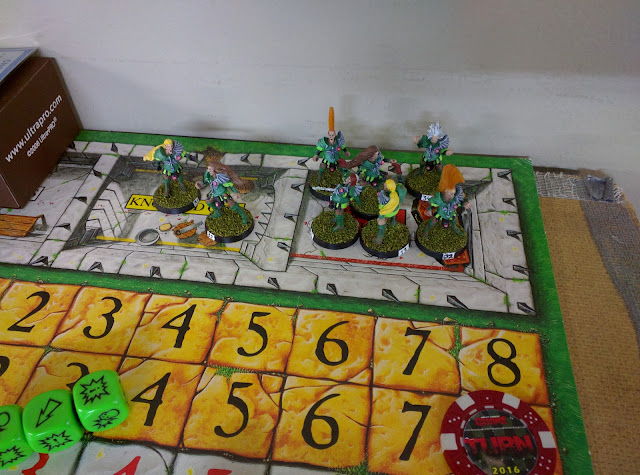 Actually that is a particularly bad instance. Dan's Chaos Dwarves were very, very good at taking out Elves. He was good enough to let me get a touchdown before wiping me out though!

Dan also painted up this rather fantastic goodie from the tournament (his was from a previous year's tournament): 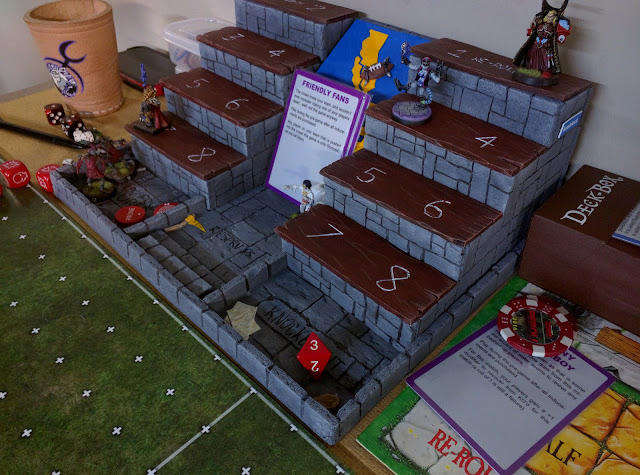 As you can see further down, I also got one of these, and will likely be looking for a second so that each team will have one that they can use. These are not the most efficient way of tracking the information and are nothing like as portable as this new kickstarter from Iron Golems which I will be backing as soon as it goes live!

Having gotten the most of the team painted, I felt it was only right to set them up and get some pictures. They are not great photos as I struggle to get decent lighting without daylight and it was pretty late at night by the time I was finished gluing! 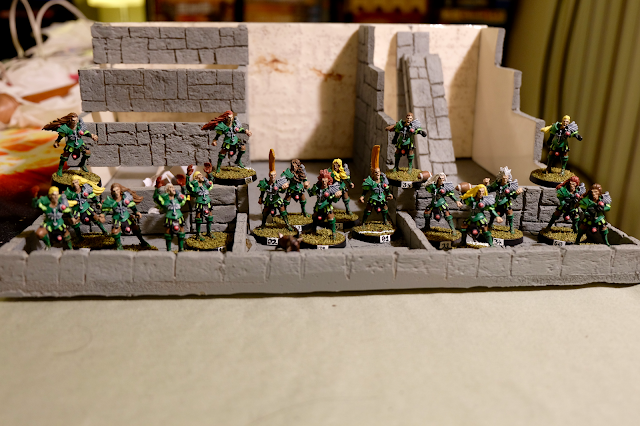 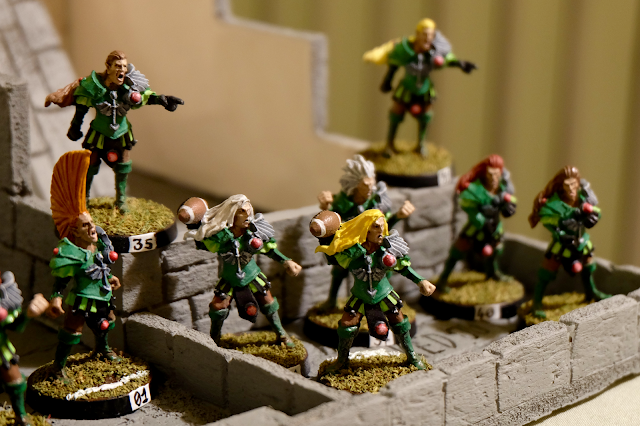 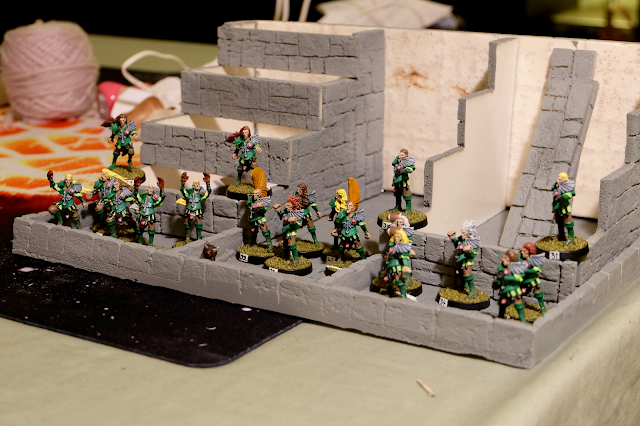 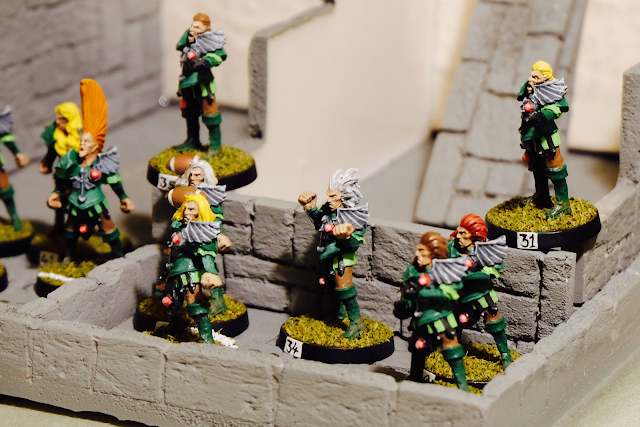 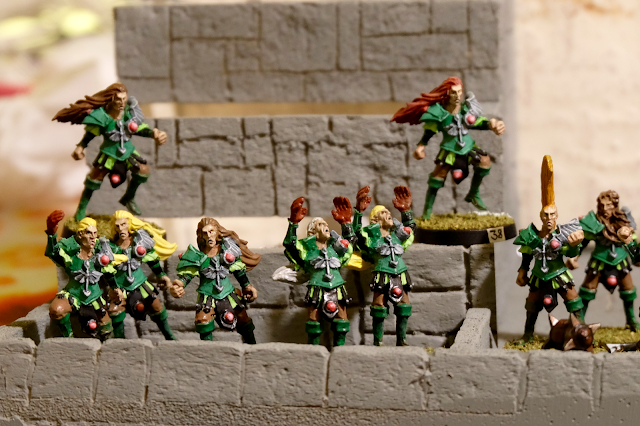 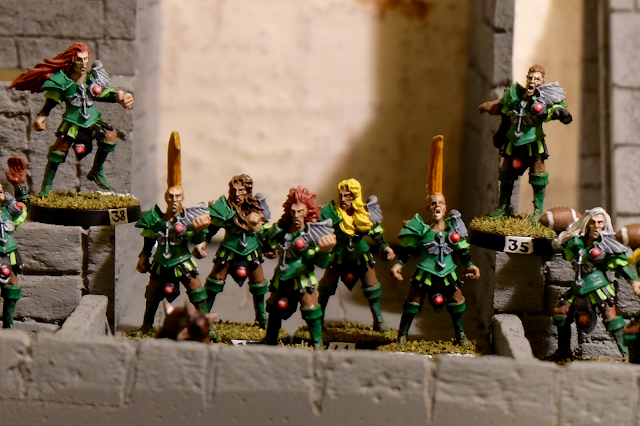 And here it is! The stadium is still a work in progress but is now all the stone is glued together. I want to finish the painting of the different colours before completing assembly. The placard that is meant to go in the middle was miscast so I am considering maybe imbedding a dice tower into that central space. I just need to figure out if there is sufficient space. 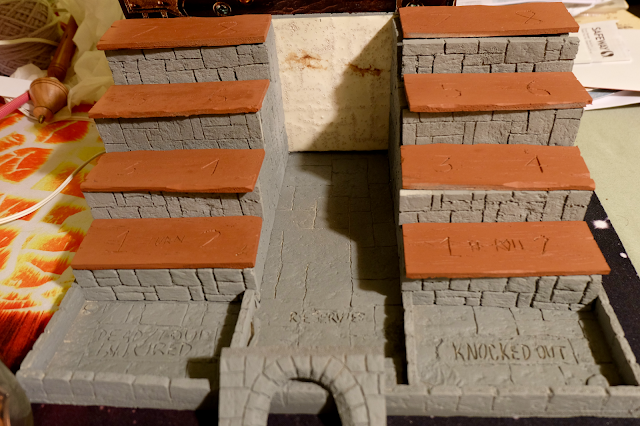