Samurai are on the rise

Well, Thanksgiving has been and gone. It is in fact my first Thanksgiving spent here in the US and I have very much enjoyed it. The idea of a holiday where you reflect on all the things you have to be thankful for, really is a fantastic idea. (We will leave aside the savage origin of the holiday and the horrific superficiality and undermining of the concept of Thanks that is Black Friday).

I spent the holiday with my attention a little split as I was on call for work so having to cover a few issues as the holiday progressed. While I was not over eating / providing emergency support however - I was busy getting my yari ashigaru ready for war! Due to a lost leg early on in the process (several months ago now), I only have 99 of the 100 troops available but this is plenty to be getting on with.

You may have seen a teaser photo a couple of weeks ago of loose parts in containers. Those were assembled torsos and legs. This long weekend I got arms, heads, banners and bases attached: 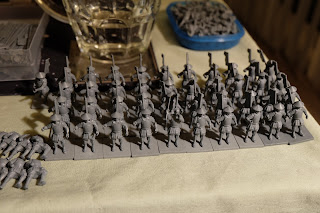 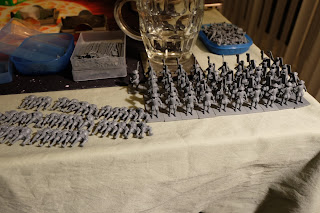 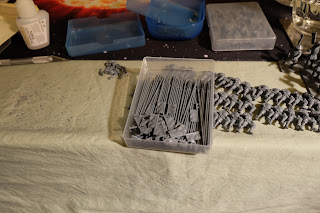 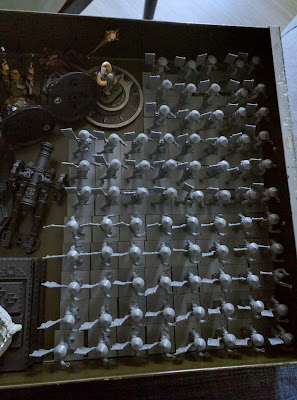 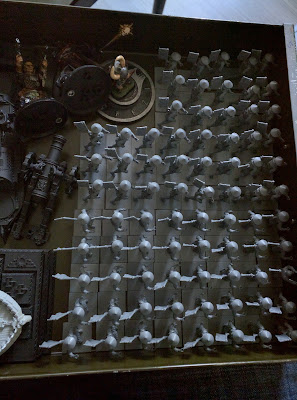 And then I got the buggers primed with that can of Army Painter primer: 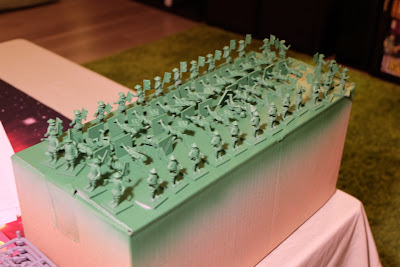 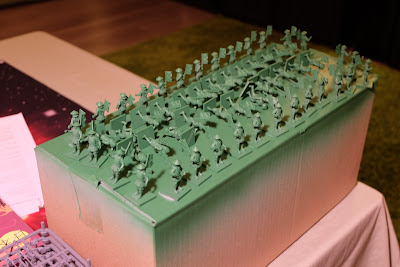 I gotta say, that is some VERY nice spray paint. It isn't cheap but it provides a great even coverage, it is fine without blobs and really does give a solid colour. I will likely be getting more of this stuff, especially with the range of colours it offers!