June 15, 2012 Nuln Warhammer
Not one post in over a year and then two in under a week! Madness I know but here we are. So last time I rather focused on Blood Bowl however my old Nuln workforce are not forgotten and in this post I will be providing some pictures of some old friends from that army with a slight upgrade. I will freely admit that there is no really ground breaking new figures in this post however I do love the look of these figures now they have been given a little upgrade: 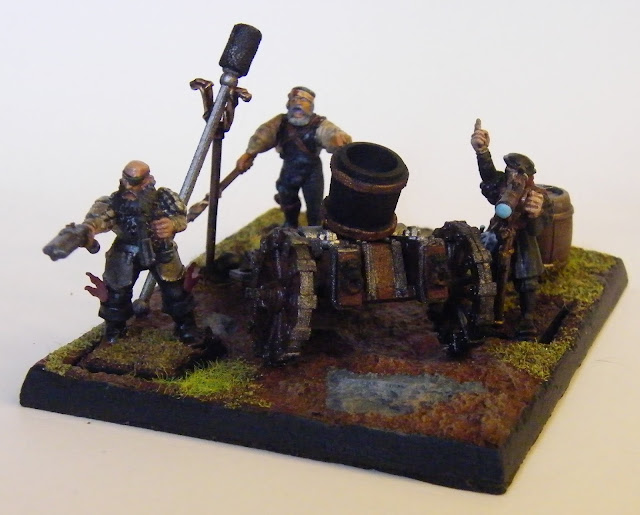 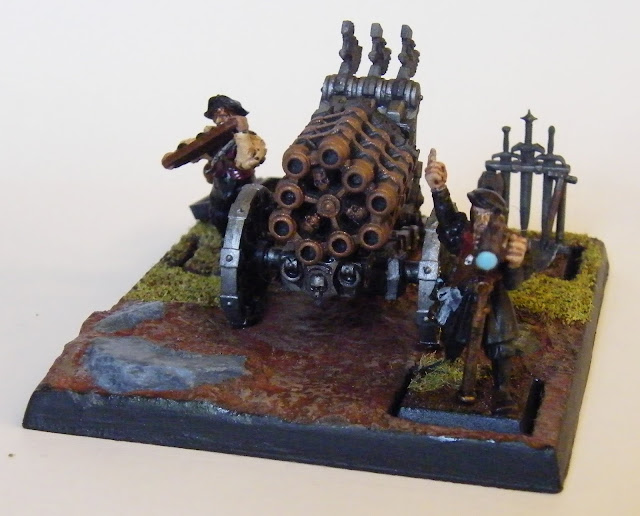 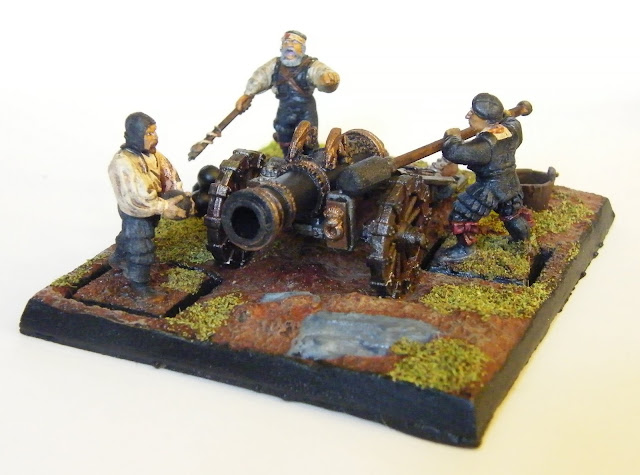 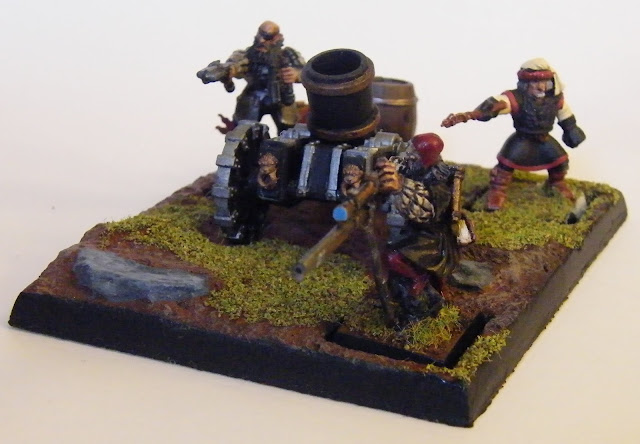 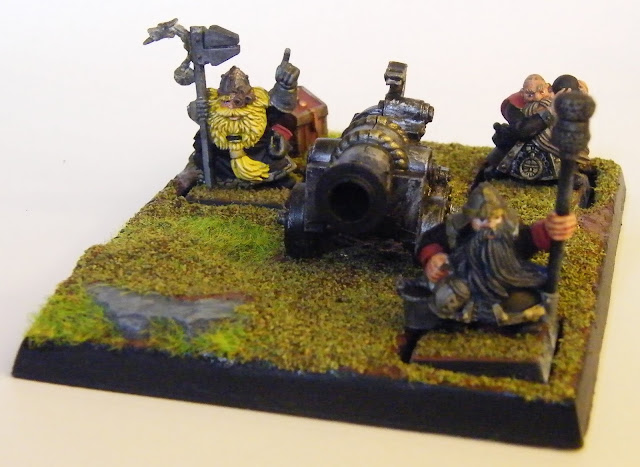 For those of you that can't work it out, the bases are new and I absolutely love them. I had tried several times to make some of my own out of corrugated cardboard however all attempts went hideously wrong! These are resin casts from Tiny Worlds and if you like the look of them, I would strongly encourage you to check their site out, these pictures were done with a rather short focal depth and I'm afraid that they really don't do the bases justice. I may well try again in a future post.

Although it isn't particularly apparent, there is one other reason I got so excited about these figures: These bases are the first things I have completed which have been painted (at least the base coat) with the airbrush I picked up a couple of months ago. I must confess it made things a lot easier when painting large areas and I have a few other things that are partly painted with the airbrush that I am really looking forward to finishing, including some more things from Tiny Worlds. The one downside of airbrushes is that the cleaning afterwards really is quite a hassle, my colleague in Dusseldorf has taken to using an ultrasonic bath to clean his airbrush and if I manage to scrape some more cash together I will pick one up.

I have, for the most part, cut down on my purchasing, whilst still selling off quite a lot of my lead mountain. This year I have purchased a few of the lovely Hasslefree Miniatures as well as a rather alarming number of Samurai (40) and Ashigaru (80) that I rather blame on one of the guys at Salute who had an excellent sales pitch. None of these new acquisitions have made it out of the boxes they arrived in, much to my chagrin, but I hope that having thinned my collection by more than I have accrued, I will eventually get back on top! (Yeah yeah totally wishful thinking!)

One of the things I do need to do is to update my running totals of Painted and Unpainted figures and this I will do at some point in the coming weeks with any luck. For now I will leave you with an image of my painting station as it is at the moment: 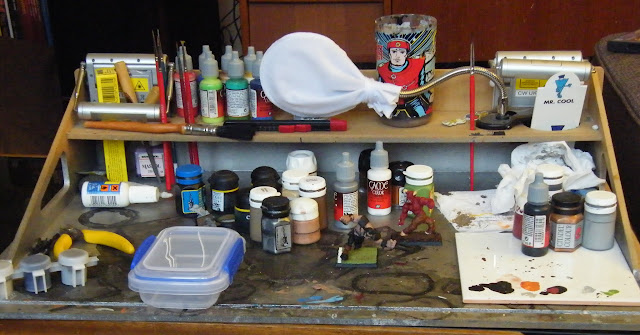 The eagle-eyed among you will spot a Doom Hell Baron there that has in fact been painted for years however in my move south from university a little bit got chipped, in addition to that I decided that this lovely figure should join my Orange Rage team as the Minotaur seeing as that is the only figure still missing from the team (aside from special characters). The other figure there is a Heresy miniature, an Ogre that I will be using as a BloodBowl player. He will also be something of an experiment for me as I try out some painting techniques that I picked up watching some of the numerous tutorial DVDs that are around. This is a bit of a break for me as for a while now I have been focusing on batch painting and trying to really whittle down the lead mountain and once I have painted him up, I will be back trying to get on top of that mountain (next in line are the zombie hordes that are still not finished!). Stay tuned for more.