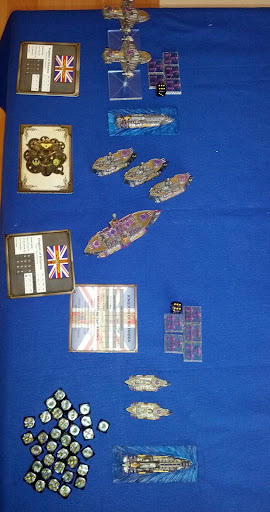 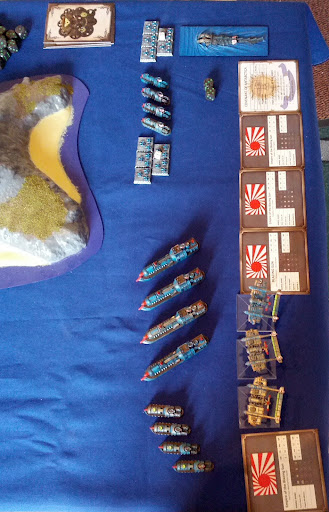 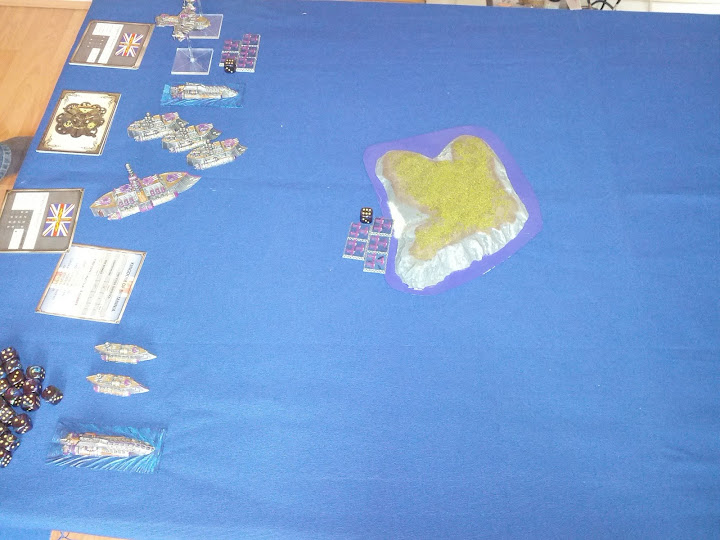 Ok so by this point I was going nuts trying to lay these out in a meaningful way...
Have a look at the photo album:
https://picasaweb.google.com/110726005057905757607/DystopianWars?authuser=0&authkey=Gv1sRgCPrGiZay3Jm6vgE&feat=directlink


I will try and post more links when I am in a better place.

The eventual out come was a close call but Mr G won it by eliminating all my small ships as well as half my force before I was able to complete my objective of taking out his capital and flying ships.