Back again! with Flavour of the Month

August 01, 2010 Blood Bowl Firestorm: Armada flavour general painting Warhammer
Well folks it has been a little while. I have now moved down to Sutton and the house is starting to look vaguely sorted, but still no luck on the job front. Anyway, all this means that I should be able to post more regular updates now that I am a little more settled in a real house without Finals to deal with.
Now onto flavour of the month for August (for those of you wondering July's Flavour of the month read: I most want to: have finished moving already!)


So what have I managed so far since moving? Well my progress has been a little hindered by having most of my figures stored at my in-laws, but all that changed today as they were brought down from Birmingham and are now heaped in the study ready for an evening of podcasts and sorting.
Recently I have been torn in a few different directions with painting. I still have a load of zombies that I want to get painted up... lots and lots of zombies. But I have also just stripped a load of figures including Blood Bowl figures and more importantly, a load of Empire Greatswords I got cheap off eBay. Greatswords are one of the units I have really missed in my Nuln army. I want these troops to be personal guards of the Elector Countess Emmanuelle von Liebewit. In my mind, a woman slightly tainted by Slaneesh and I want these troops to reflect that in their paint scheme.

All these things are pulling me in different directions... not good! On the other hand, I have finished my Dindrenzi Starter Fleet for Firestorm: Armada:

I am also in the process of painting up the set of Citadel Trees, basically just in need of highlights: 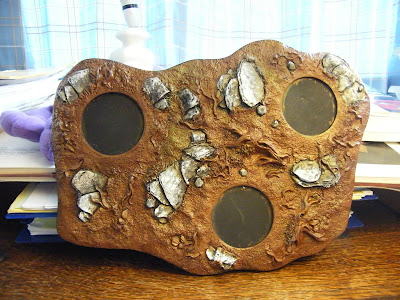 And Motty: the Goblin Commentator from Impact Miniatures: 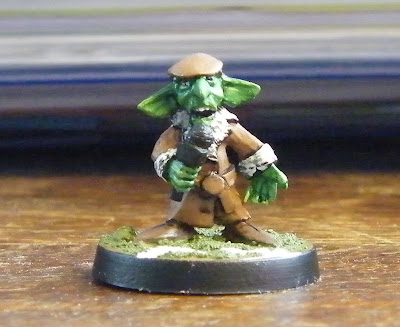