August 01, 2009 Nuln painting Warhammer
Well as I have already mentioned I am down in London at my parent's house helping out with redoing my Grandma's old house. As a result I don't have a lot of time to paint, and I also don't have a lot of my stuff with me so I decided to focus on the rank and file. This has allowed me to do figures that I have been avoiding, without fear of being sidetracked, it also means that I will be able to put in a lot of practice of some techniques (such as eyes) and really improve on them. So far I am making decent progress with a unit of Spearmen completed (they were already mostly done when I left): 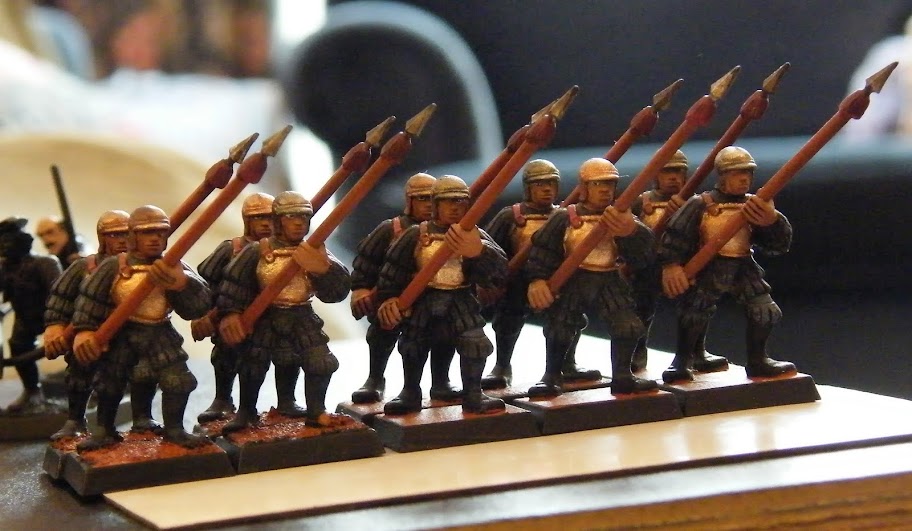 I have also done the eyes on all 80 of the other miniatures that I brought with me. That is 40 Handgunners, 20 militia and 20 huntsmen/archers: 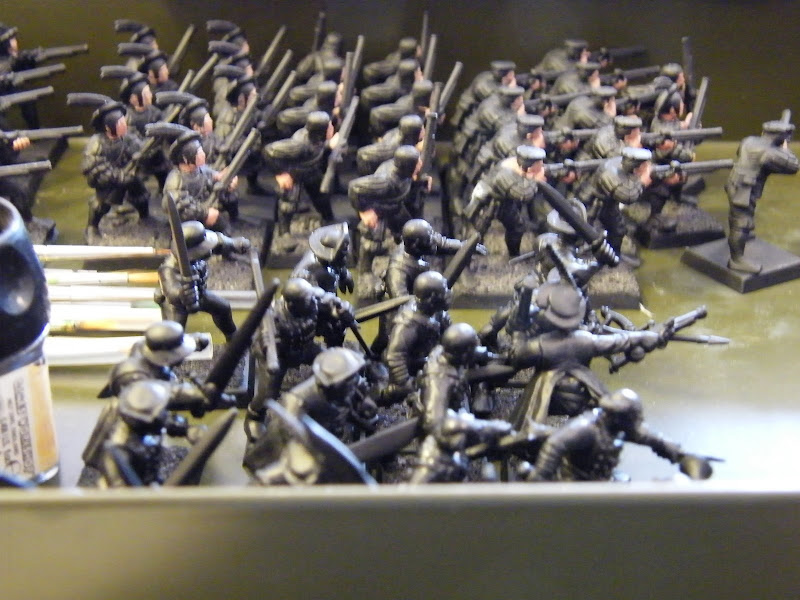 I have now done the base flesh on all the handgunners and just over half of the huntsmen: 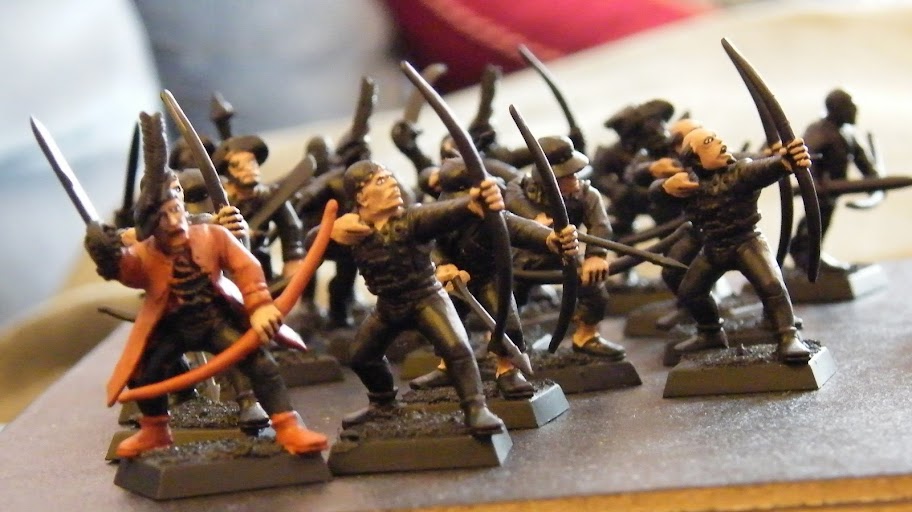 PS Appologies for the poor quality images, I will try and get some better ones in the near future when I have made a little more progress.

So lots of boring rank and file figures, but once I have done these, I ought to easily be able to summon a 2000pt army and I will only have a bucket load of figures left :-P