June 02, 2009 general Necromunda painting
As part of my new, more organised blog. I have started focusing on one topic per blog rather than the somewhat meandering posts that I have done in the past. Today is the day of my last and probably worst exam, and in an effort to distract myself from this eldritch horror I would go back and revisit my Necromunda figures. Necromunda was not the first GW game I got into (having started before it was even released) It is none the less among my favorites, along with Blood Bowl. You really develop a connection with your gangers as they gain experience, new skills and equipement and you really feel it when they take a hit. It was the first real campaign I ever took part in and although I did terribly, it was a lot of fun. My oldest surviving painted miniatures are my Spyrer gang from that campaign. Allow me to present the Ty Fighters: 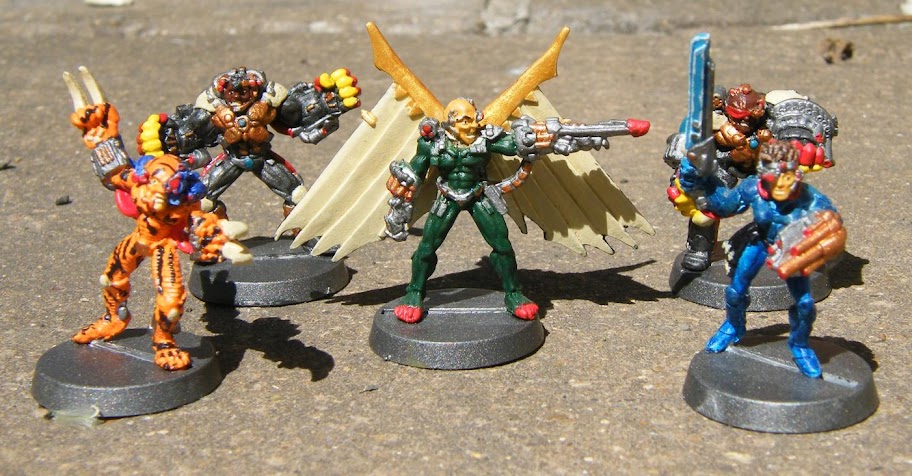 Appologies for the terrible photo. It is a little better in full view. As you can see the paint jobs weren't great (I was 14 at the time) and the concept of basing was a little beyond my grasp apparently (I'm still not sure they are actually glued in place!) but at the time I was really pleased with them and in a way I still am. The tiger stripes on my Maccarus were a real point of pride for me as my first ever freehand. All in all it is an adequate paint job. I have contemplated stripping and repainting them but I keep them around to remind me of how far I have come in my painting.

Next up we have my Orlock gang, The Dog Tag 'Yons: 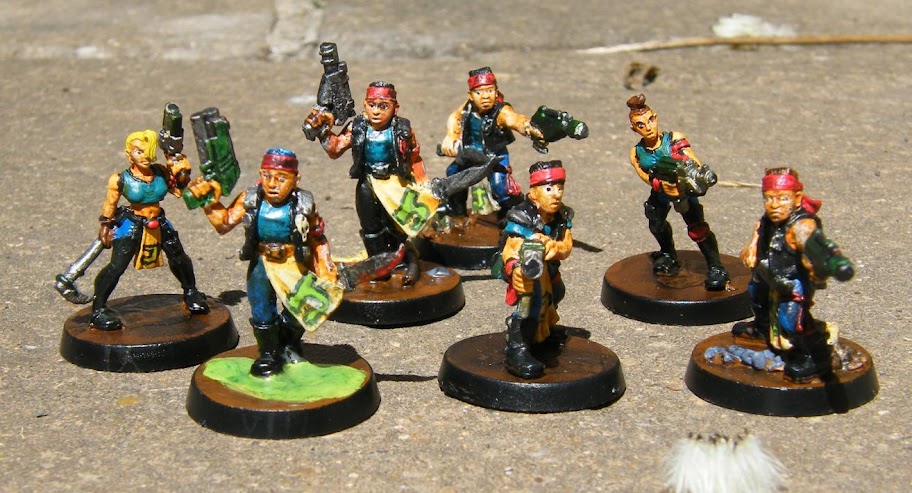 The Juves of the gang. 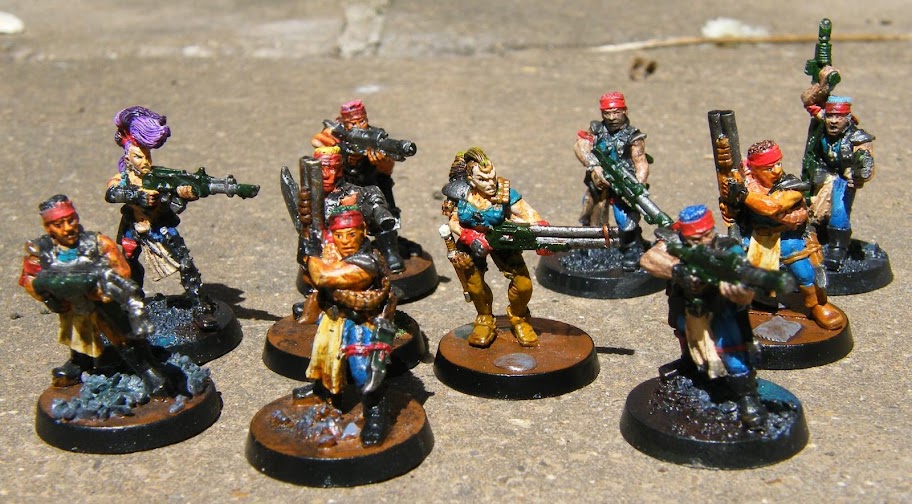 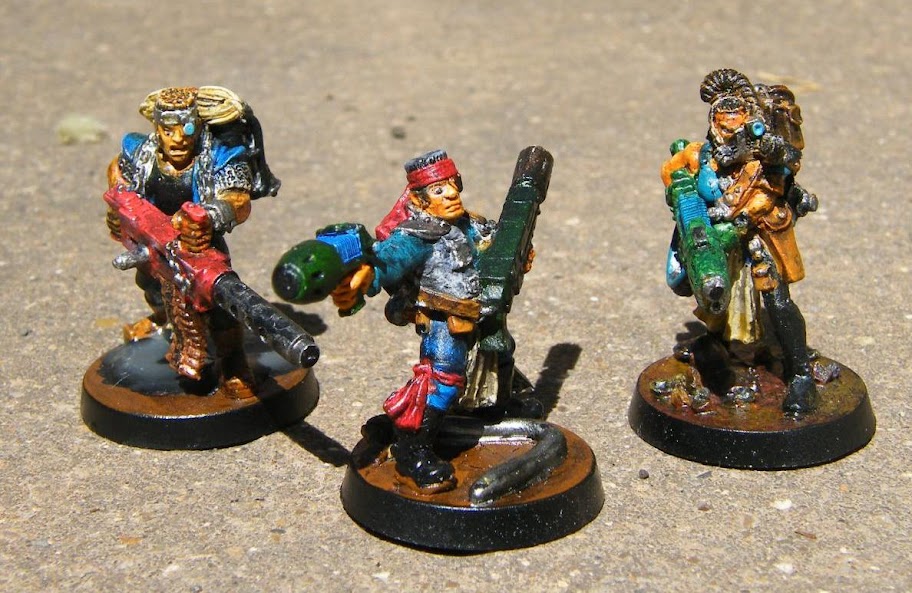 Dog Tag himself along with his two heavies.

Dog Tag & his minions to give them their full title were a real step forward in my painting. The earliest were done a couple of years after the Ty Fighters and touched up in a few places over the years and added to, they demonstrate my discovery of basing, customising (the plasma pistol for instance) and washes. These and the hired guns below are a collection I have had for a long time and painted up slowly over the years. I am now nearing the end of them and am really pleased with the overall look of the gang... at the same time you can see older paint jobs and newer but they all still feel like a single group. You may be wondering why I have Escher models mixed in with them and the answer is simple - I wanted a Heavy Plasma. As Escher had a model for one, I got it. The thing is I have never understood GW's obsession with seperating out the women to a seperate form (Sisters of Battle, Amazons etc) and in Necromunda I always felt that Orlock and Escher were so similar in apperance (especially when compared to the other gangs) that they worked well together. 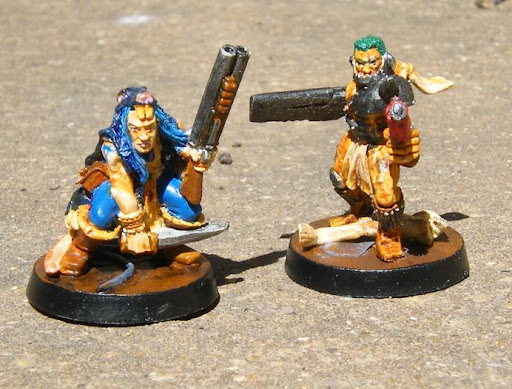 A Ratskin guide and a converted Pit Slave 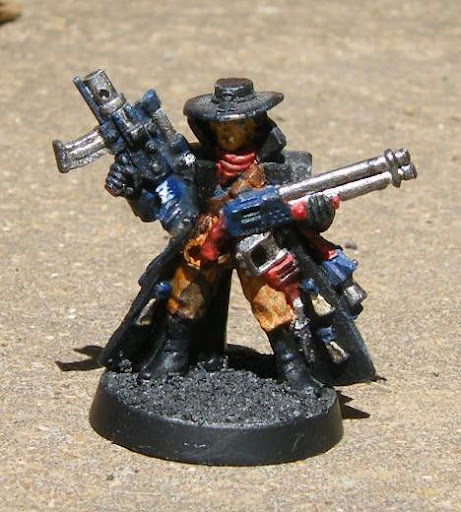 The latest mini to be completed, this Bounty hunter was actually started several years ago, it just took a while to apply the finishing touches!

And there we have my look back at some of my earlier works for a superb gaming system.